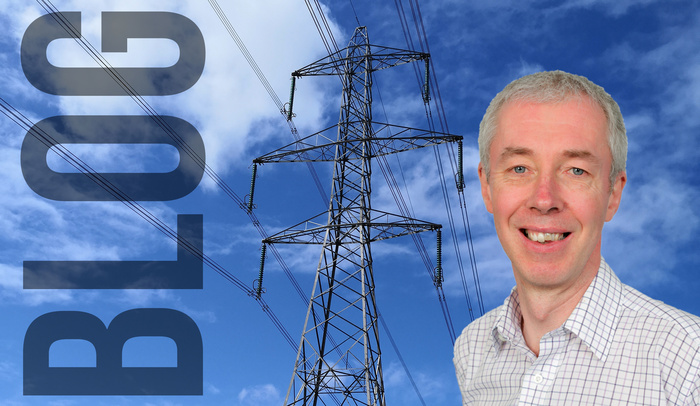 Professor Keith Bell has scoured the world for a solution to the thorny issue of electricity network charging.

And as a long-time consultant to industry and regulators – and a member of the Climate Change Committee – he’s no stranger to the controversy caused by making even minor changes to the GB system.

The UK is about to kick off its TNUoS Task Force, to look at the way in which Transmission Network Use of System Charging is hampering renewables deployment in Scotland.

Meanwhile, government faces pressure to adopt Locational Marginal Pricing – likely to be a classic case of the cure being worse than the disease.

Prof Bell and power systems expert Dr Callum MacIver spent an hour with Scottish Renewables CEO Claire Mack and members at our recent AGM, chatting about the challenges of the GB grid and regulation’s impact on investment.

Claire introduced the LMP threat, saying it “brings the worst of TNUoS in terms of distance-related charging, but with added complexity”.

Prof Bell told how the electricity system’s lack of storage capacity – particularly compared to the gas network – means the system operator’s “margin for error” when balancing supply and demand is very low.

“Experts have alighted on this idea that the value of electrical energy is restricted by your ability to buy it.

“The network cannot transport, at the time you want it, all of the energy that you want, so the notion of a system-wide price can’t really apply, because depending on where you are, you can’t make use of it at that price.”

A lively Q&A later in the session looked at where in the world had succeeded in finding a solution to this intractable problem.

“The fact that there is so much debate about this suggests that there is no single obvious right answer. Even in Texas, which is held up as ‘this is how you do it’, they are still tweaking things, and have gone through a process in the past 10 years of changing how they organise their markets.”

For more from Professor Bell and Dr MacIver, including an in-depth look at the future of constraint payments on the GB network, you can now watch the entire AGM session on Scottish Renewables’ YouTube channel.