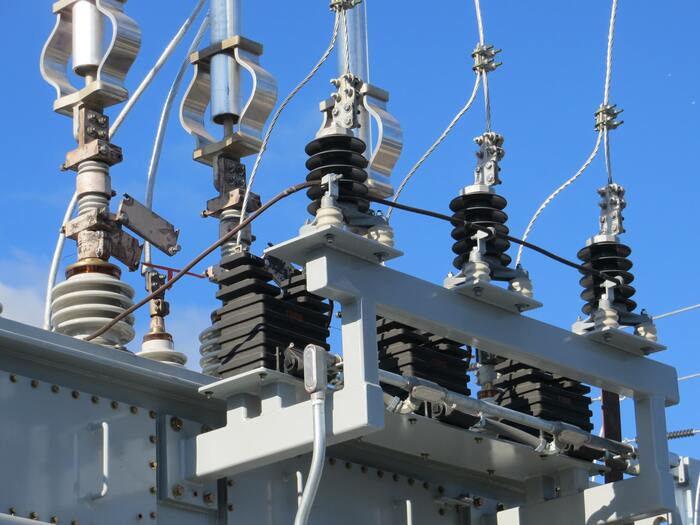 Changes to the way the electricty network is paid for could be afoot. This blog, by Scottish Renewables' Director of Communications and Strategy Nick Sharpe, sets out the issues for the renewable energy industry.

The GB electricity network carries power from generators – wind and solar farms, fossil fuel power stations, for example – to the consumers who use it.

The network, which covers England, Wales and Scotland, is split into two parts:

This electricity network was developed in the 1950s and requires significant improvement as we move away from large fossil fuel power stations and towards the ‘distributed’, renewables-based electricity system which is needed to tackle climate change.

Today, generators and consumers pay a single national price to use the electricity system, regardless of where they are located.

Under the current system, generators must also pay Transmission Network Use of System Charges.

Doing so, as Scottish Renewables has stressed, penalises Scottish projects, making them almost 20% more expensive than equivalent projects in the south of England.

Ofgem, the energy market regulator, has now committed to review the TNUoS system. You can read more about TNUoS charging in this Scottish Renewables briefing and this blog.

In March 2022 National Grid ESO, the electricity system operator, proposed to change our single national price market to a locational marginal pricing (LMP), also known as nodal pricing or Postcode Pricing. This proposal came out as one of the main recommendations of its Net Zero Market Reform project. The recommendation was made public in a call hosted by National Grid ESO on March 22 and industry expects a detailed report at the end of April.

Why is Locational Marginal Pricing wrong for Britain?

Locational Marginal Pricing does not work for Britain’s geography

In the past, fossil fuel power stations were bult close to, or even in, cities and towns. Fuel was brought to them and burnt to produce electricity.

Britain’s renewable energy ‘fuel’ - its winds, rainfall, tides and more – is primarily located further north, in less populated areas, while most British electricity demand is in the south.

A Locational Marginal Pricing-based system would tell generators to build their projects in the south, while the availability of renewable resource would mean they must build in the north. This creates distortive signals for renewable generators, increasing uncertainty, and therefore cost.

This approach would be likely to reduce the industrial competitiveness of areas with higher electricity charges.

Locational Marginal Pricing could increase the cost of renewably-generated electricity

We think that the impact on risk investment in markets with Locational Marginal Pricing, like the US and Canada, has been underestimated. Locational Marginal Pricing is a more complex and more volatile way of charging for use of the electricity network than that which is currently in place, as National Grid ESO showed in this analysis from January 2022. That means investors will raise the cost of lending to new power projects, pushing up the price of the electricity they generate for consumers and even potentially hindering investment in low-carbon generation when we need it most.

One of the reasons Locational Marginal Pricing is being suggested is to lessen the cost of running the electricity network.

We know that constraints on the transmission network between Scotland (where electricity is generated) and England (where it is used) are already costing consumers: the price of balancing the system topped £500 million in November 2021 alone.

But is LMP the right solution? If we are only implementing this to address constraints and congestion, then a feasibility analysis of all other options and solutions must be provided.

Network problems are best tackled with smart, 21st-century solutions: investment in new cables, in batteries and pumped storage hydropower and in the technology which allows electricity to be used flexibly, rather than wasted if it’s not needed at the moment it’s generated. An optimal future solution should be based on a combination of whole-system measures, including generation, demand and flexibility.

Locational Marginal Pricing is not compatible with Britain’s planning systems

England and Wales’ planning systems are different to that in Scotland. Locational Marginal Pricing works well in a centralised energy system where planning decisions are taken by one entity in a coordinated way, but allowing many stakeholders to decide where renewable energy projects should be located without taking heed of a Locational Marginal Pricing charging system would result in distortions which would ultimately increase costs for energy consumers.

We have noticed that there are some reports that show the system benefits under a Locational Marginal Pricing system, particularly the reports from Aurora Research and the Energy Systems Catapult. However, we would like to note that these reports are far from the GB reality and do not consider many variables of a system driven by renewables.

The report from Aurora estimates the net cost benefits for consumers in a zonal market system. However, it vastly underestimates the deployment and location of renewables by 2050, and relies more on nuclear power.

This is far-off the deployment projections of the UK Government’s own advisor, the Climate Change Committee, and the regularly-updated Future Energy Scenarios from National Grid ESO.

The Energy Systems Catapult report states that considering recent research – such as the report from Aurora – it is worth looking at Locational Marginal Pricing in more detail.

We believe that there is a misunderstanding behind the reason why stakeholders have been pushing for TNUoS reform for many years. The locational factor of TNUoS has been leading to volatile charges, with disparity of charges between northern and southern zones – charges which are expected to be transferred to consumers without reform. It is therefore not understood how a system with stronger locational signals would improve the current problems created by TNUoS.

“By 2050, electricity could provide over half of final energy demand. This change necessitates a very different approach, and not just because the energy system must support the deployment of clean energy technologies. It will also have to adapt to a world in which energy is far more decentralised.”
UK Government 2020 Energy White Paper

We believe it is senseless to propose a new system that hampers renewable energy deployment, and make the electricity market more volatile and complex at a time when security of supply, cost and carbon emissions are demanding more renewable energy generation be built than ever before.

Introducing Locational Marginal Pricing now, at a time when the current TNUoS system is on its way to being fixed, would harm the UK’s net-zero journey and the security of its future energy supplies.

We would therefore urge: