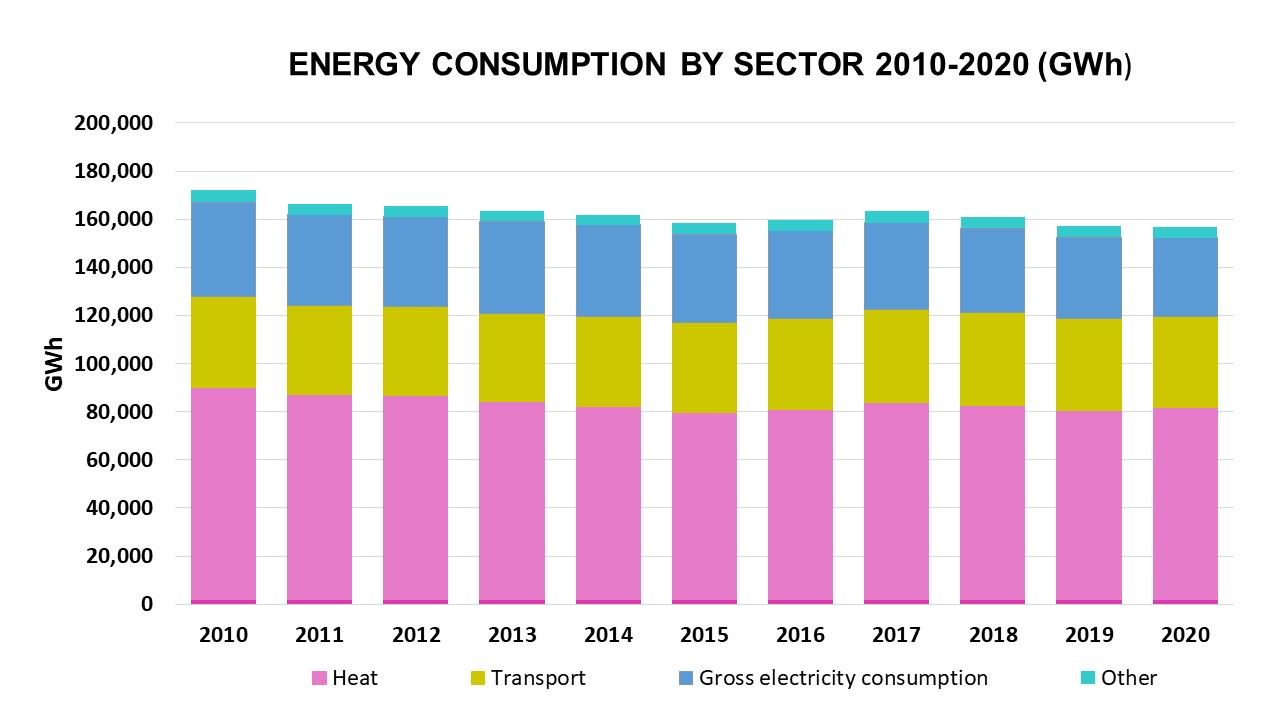 Scotland’s renewable electricity capacity has shown steady growth between 2009 and 2020 with the average annual capacity increase over 700MW since the end of 2009. However, in 2021 renewable capacity installed was only 438MW up from 2020. 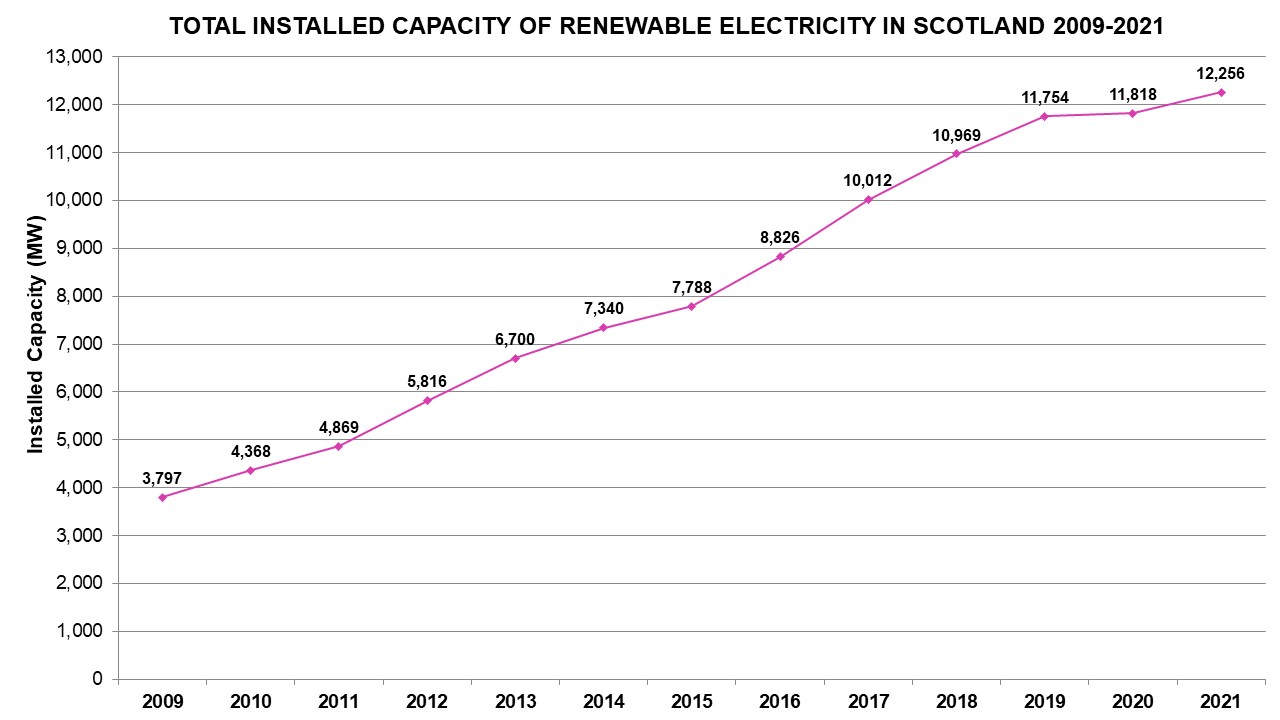 Chart 3 sets out the current mix of renewable electricity generation capacity in Scotland. With the total now over 13GW, the sector is over three times bigger than it was at the end of 2009. Onshore wind is the biggest single technology, accounting for 65% of installed capacity, while offshore wind, hydro and solar photovoltaics are Scotland’s other major sources of renewable power. In the last year, offshore wind has increased it's capacity by more than 50%, from 908MW in Q3 2021 to 2,086MW this quarter. 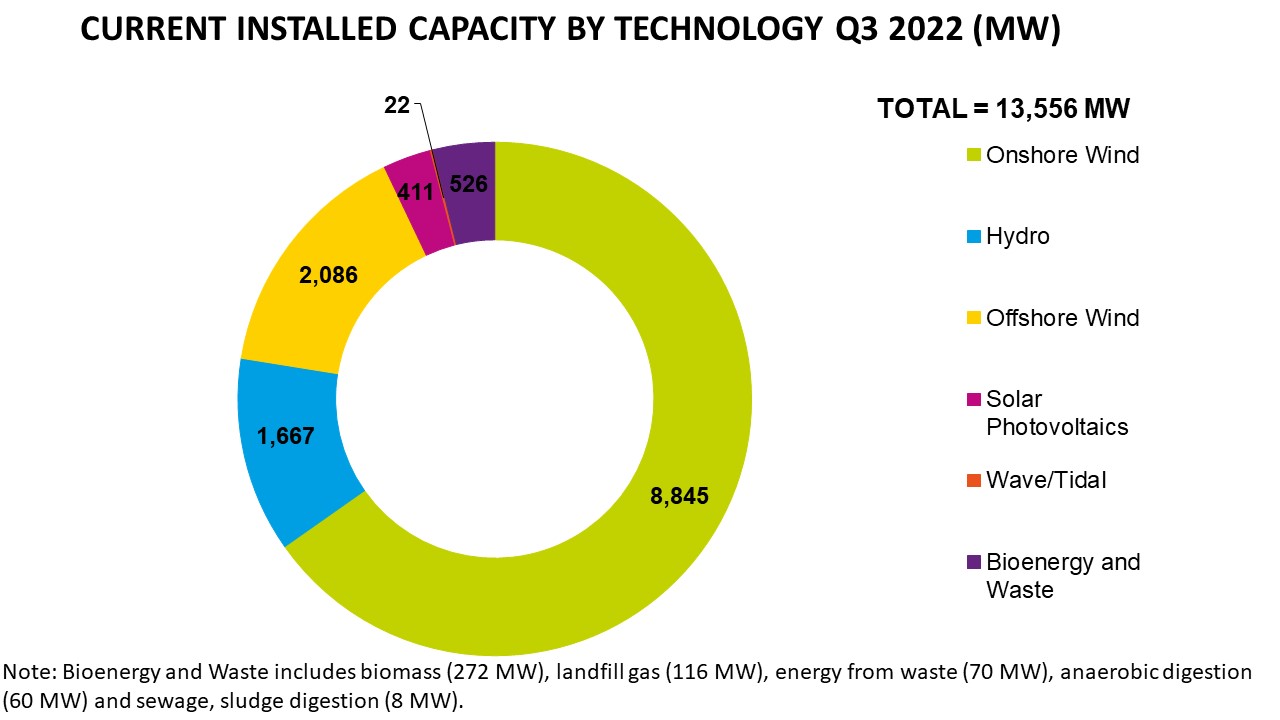 The growing capacity of renewables has translated into a significant increase in renewable electricity output, which has more than quadrupled from 8,003GWh in 2007 to 32,063GWh in 2020. 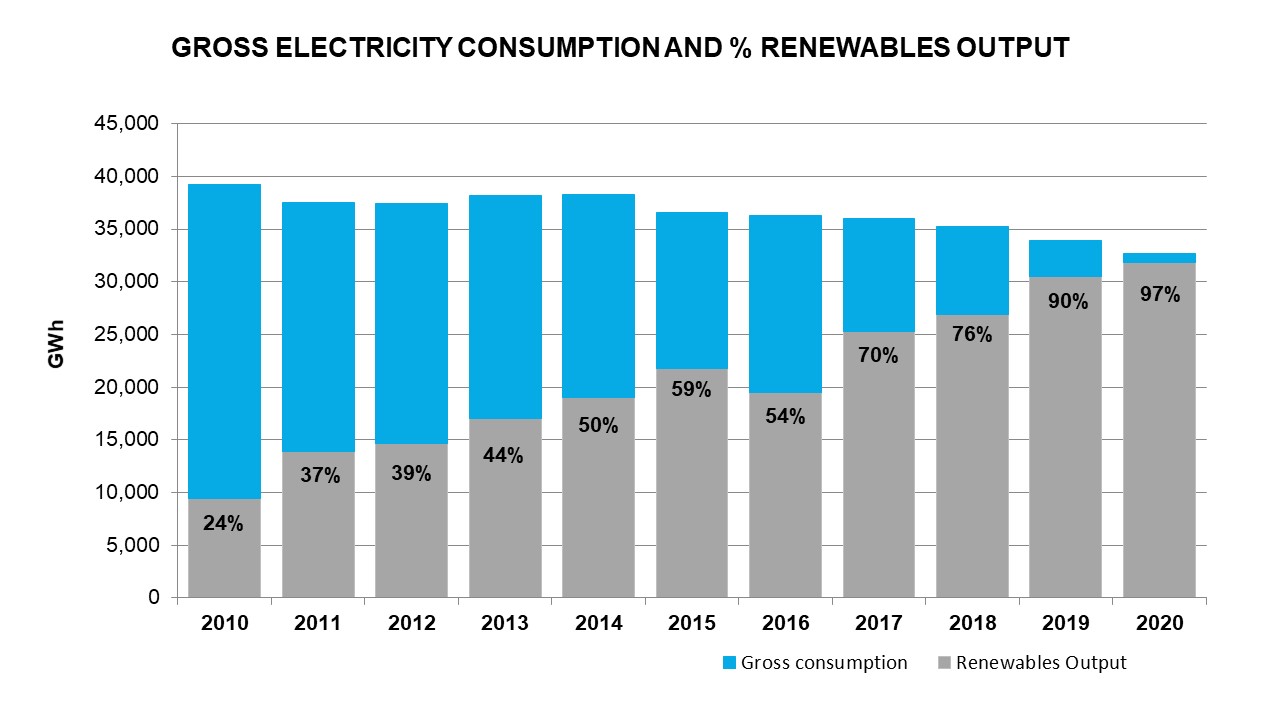 Chart 5 shows output from different sources in 2021. Wind generated 73% of all renewable electricity output in Scotland.

Hydro power contributed around 17% of renewable electricity output. While other technologies such as biomass and marine energy currently make a smaller contribution, they have massive potential for growth in the future. 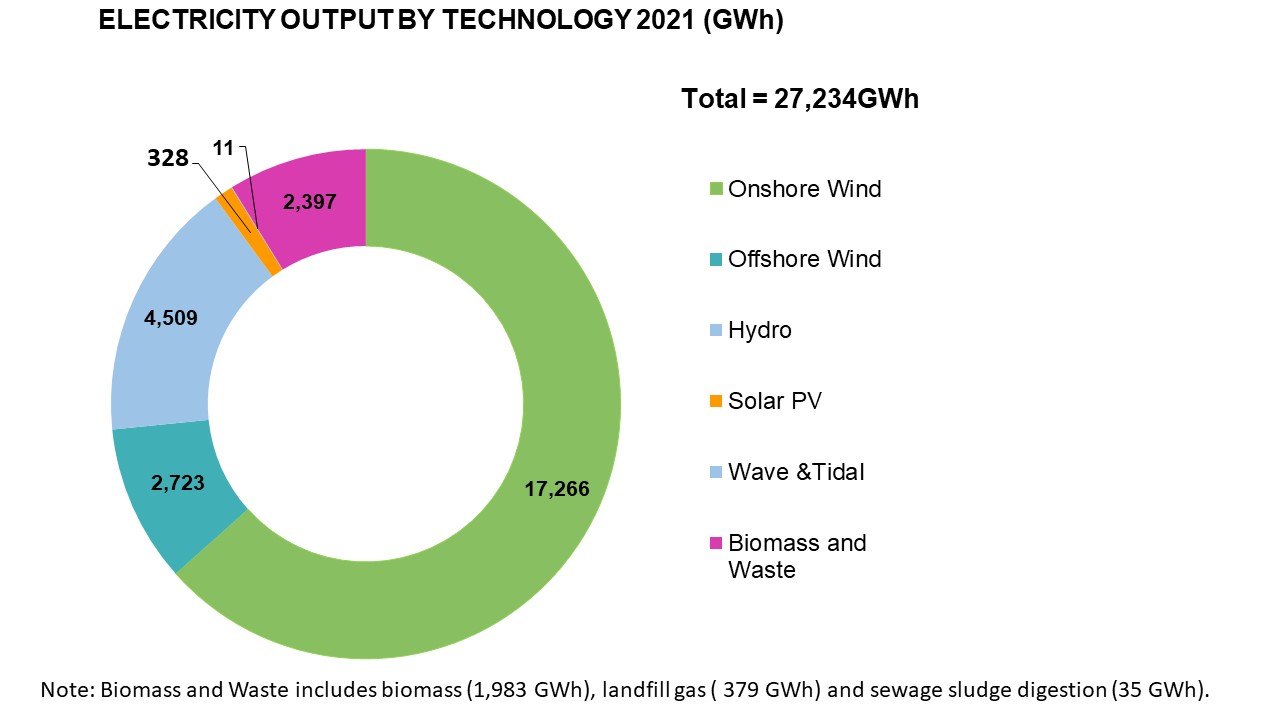 Chart 6 shows that the proportion of the country’s power generation from renewables has also grown significantly in recent years. The 2020 figures show that renewables was once again the single largest contributor to electricity generation in Scotland. 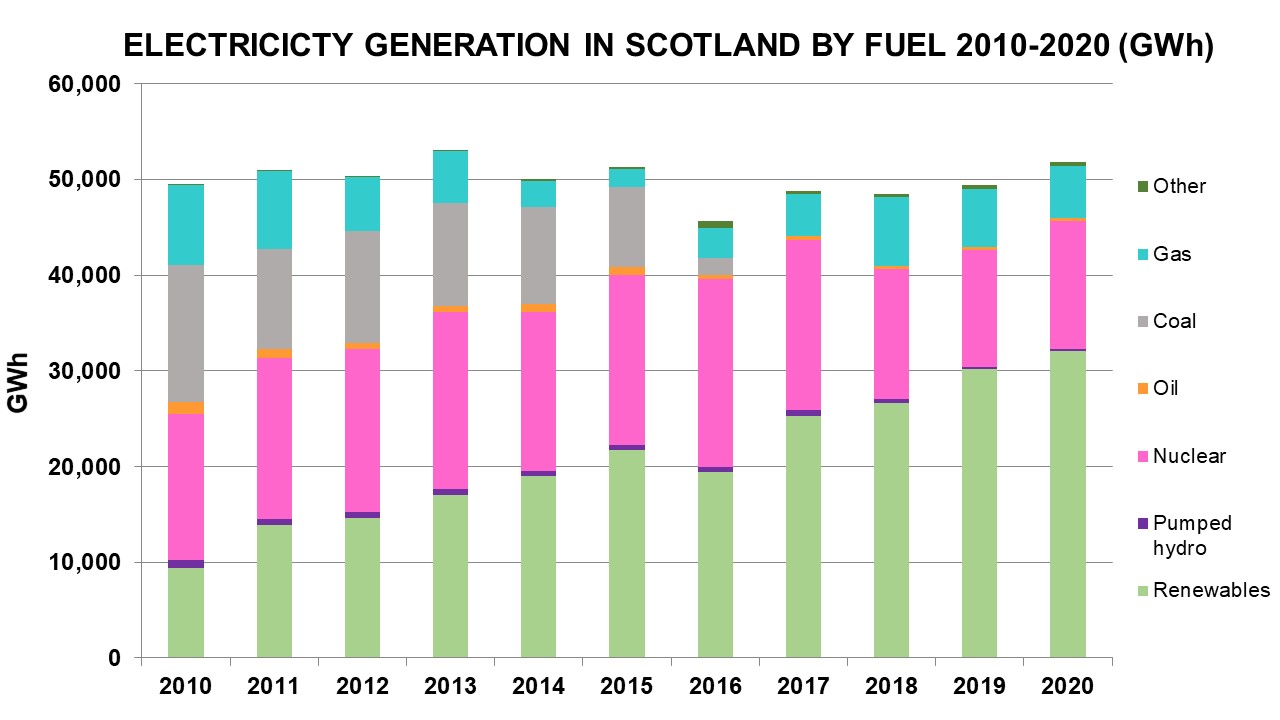 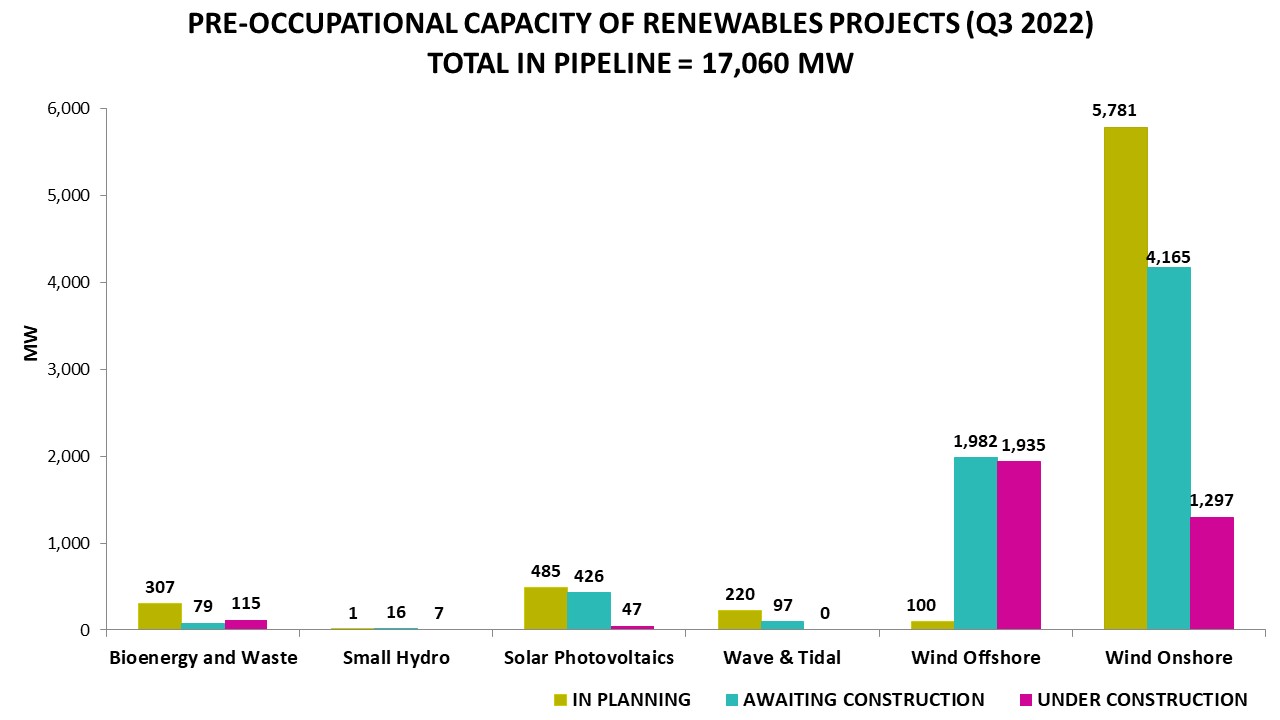 Renewable energy projects must receive planning consent before construction can begin. Visibility of projects’ place in the planning process can aid supply chain companies which are looking to invest or upskill, so Scottish Renewables has made refined data from the UK Government for onshore wind and offshore wind projects in Scotland available here.

Data is updated quarterly in line with the UK Government’s schedule.

Chart 8 shows the energy related greenhouse emissions in the last ten years. The 2019 figure indicates a sharp reduction in the emissions related to the electricity sector, showing values of 87% emissions reduction since 2010. By contrast, the heat sector, industry, and transport have shown slight reductions of around 18%, 12% and 3% respectively.

The dramatic emissions reduction from the electricity sector comes primarily from the speedy growth of renewables, which has been largely dominated by onshore wind technologies and large hydro installations. However, around 11% comes from small-scale installations of less than 5MW.  These projects are important as they are likely to contribute to the development of smart, decentralised, and local energy markets in Scotland. 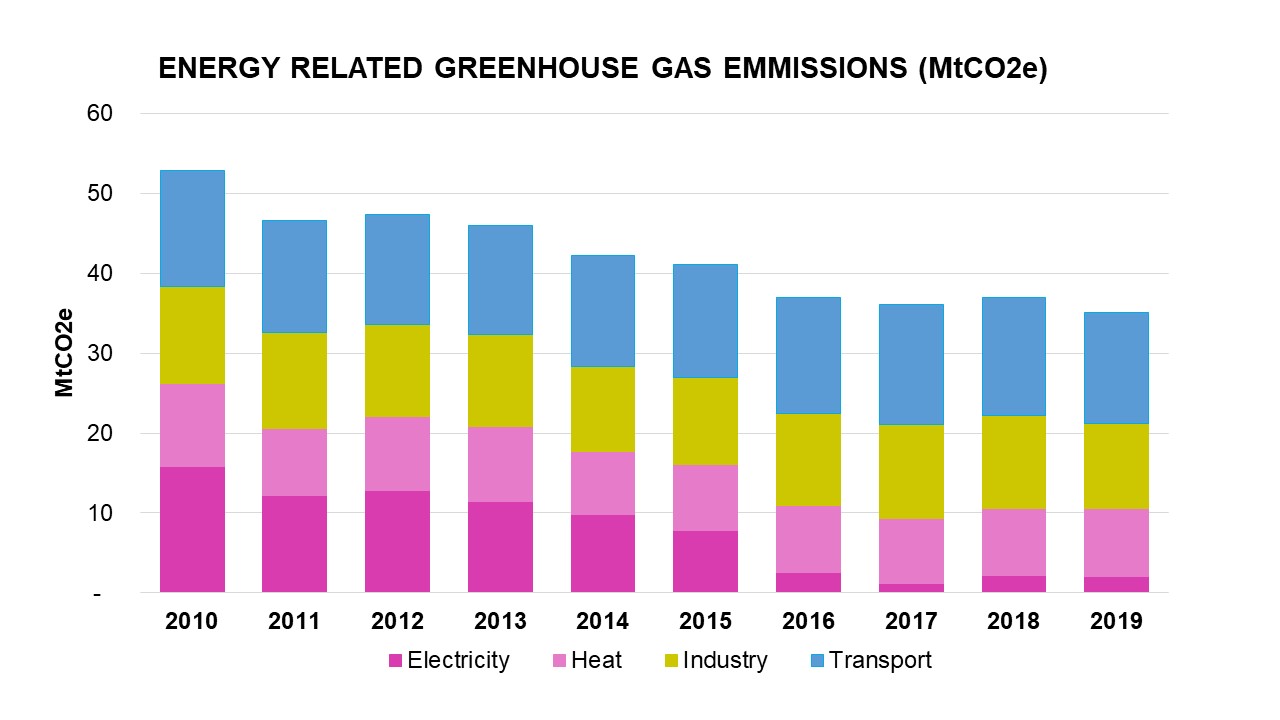 Renewable energy is one of the best tools we have to combat climate change.  As the proportion of renewable electricity in Scotland grows it gradually displaces the need to generate electricity from polluting fossil fuels, reducing total carbon emissions. The chart below sets out estimates of CO2 emissions displaced by renewables from 2009 to 2019. 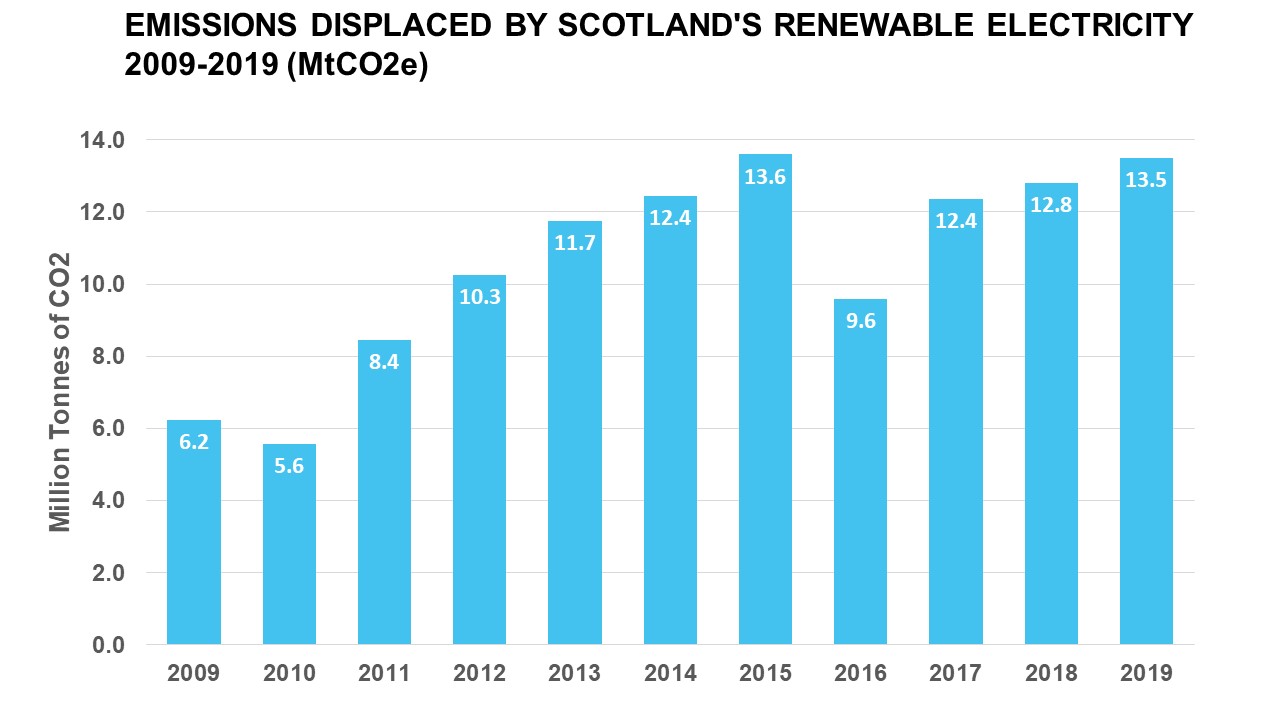 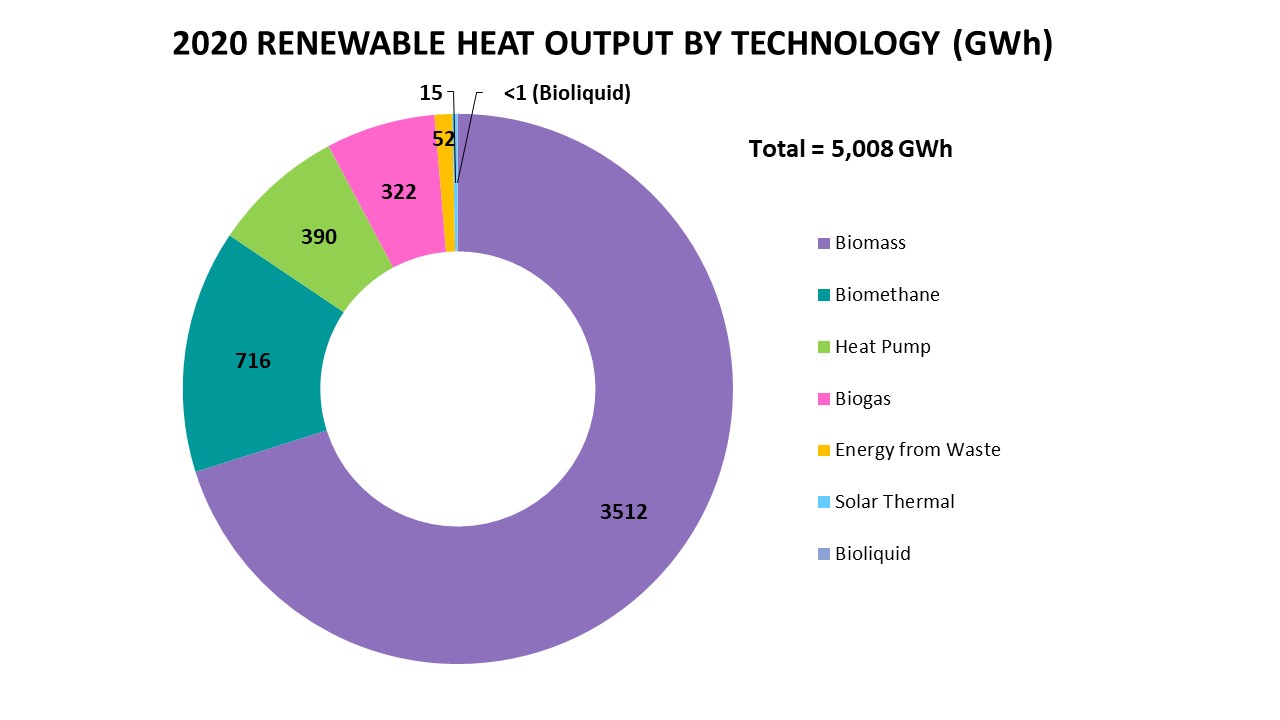 Chart 12: Progress Towards the 2020 Heat Target 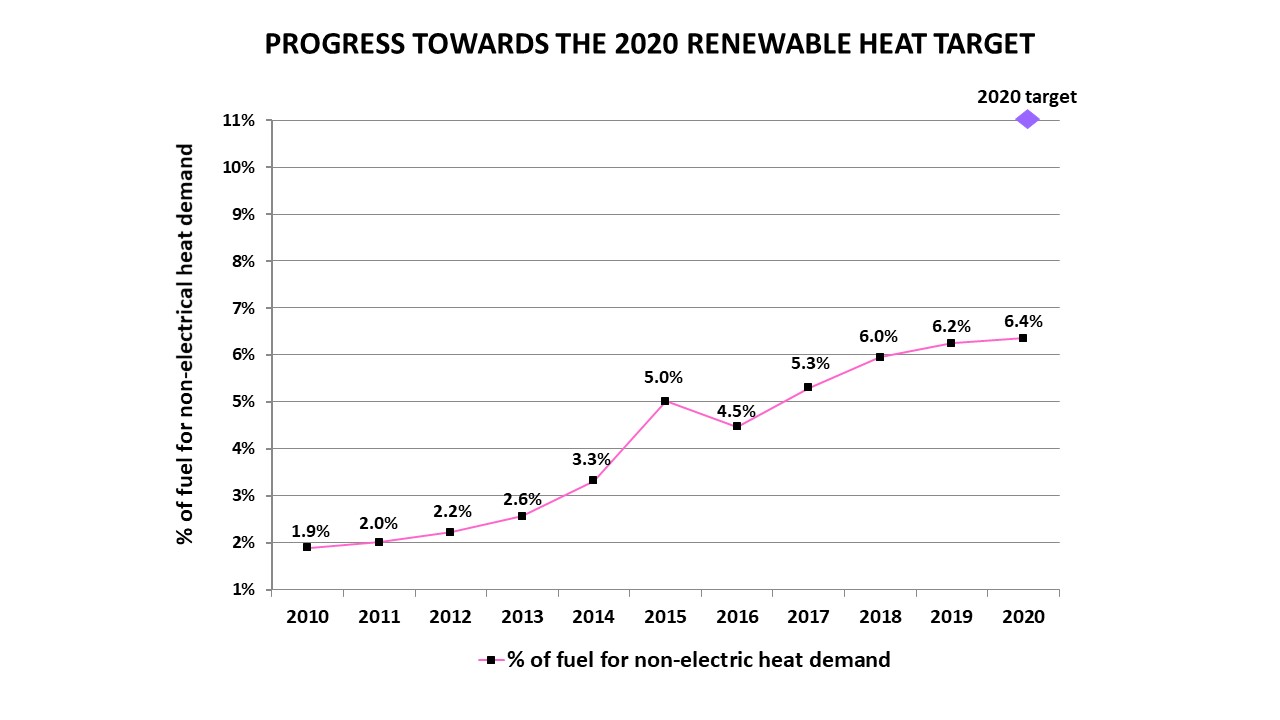 Achieving our net-zero target will require petrol and diesel cars to be phased out: current rules state all new conventional petrol and diesel cars and vans will be banned from sale from 2030.  That means the network infrastructure to achieve this ambition must be developed – along with the clean electricity needed to provide those vehicles with power. Renewables will play an important role in supplying the increased electricity demand from electric vehicles.

Chart 13 shows the number of electric vehicle (EV) charging points on the ChargePlace Scotland Network by year. In 2020, Scotland had 1,592 public EV charge points, which is up 890 charging points from 2017. 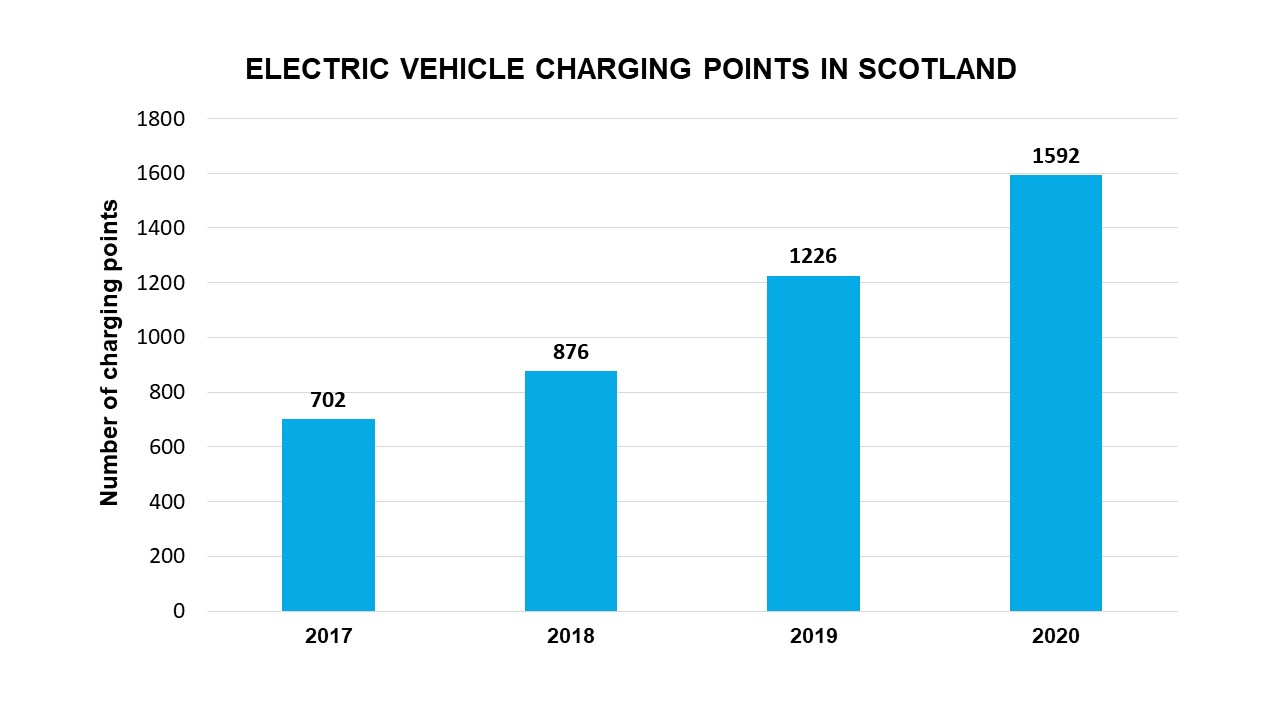 The Office for National Statistics (ONS) publishes an annual survey on the UK’s low-carbon and renewable energy economy, but in the past few years this survey has included only direct activity. Scottish Renewables believes that the economic impact of renewables goes beyond direct activity so we’ve asked the University of Strathclyde’s Fraser of Allander Institute to conduct its own study, based on ONS figures, to estimate indirect and induced activity.

Chart 14 shows that in 2020 there were 27,620 full time equivalent (FTE) employees in renewable energy in Scotland. This number includes direct, indirect and induced jobs. 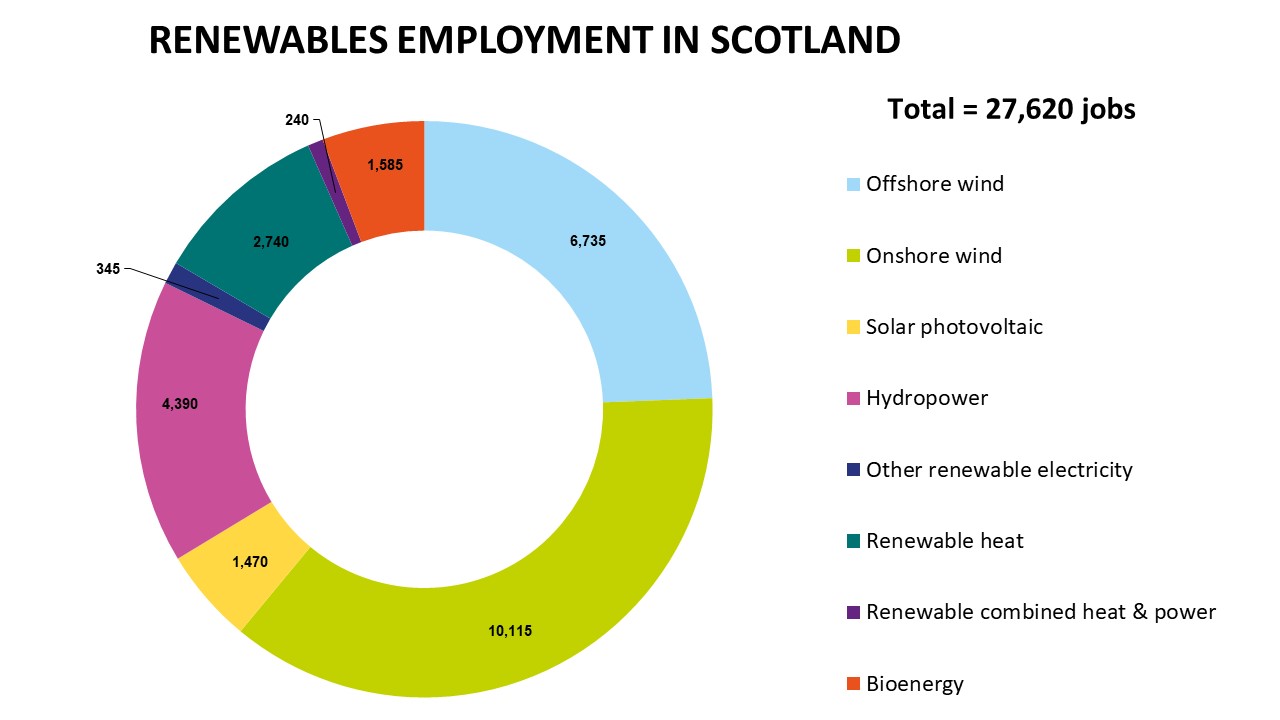 Chart 15 illustrates how the employment supported by the renewable energy industry was spread across different sectors of Scotland’s economy in 2020. We can see that electricity and gas and the construction sector support the largest direct employment, while other sectors such as education, wholesale and retail services support the largest induced employment.

Chart 15: FTE employment supported by renewables in each industry in Scotland, 2020. 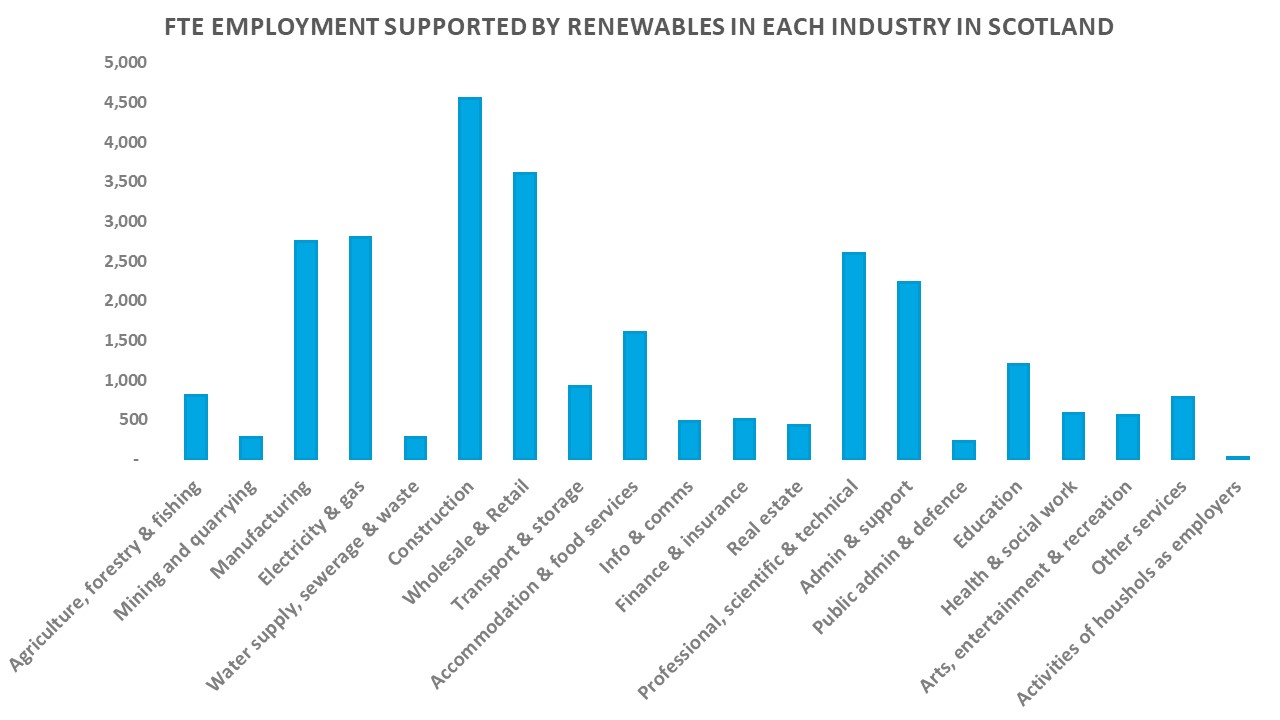 The chart below shows the outputs created by each renewable energy technology. We can see that the technology with the largest output is onshore wind, followed by hydropower and offshore wind.