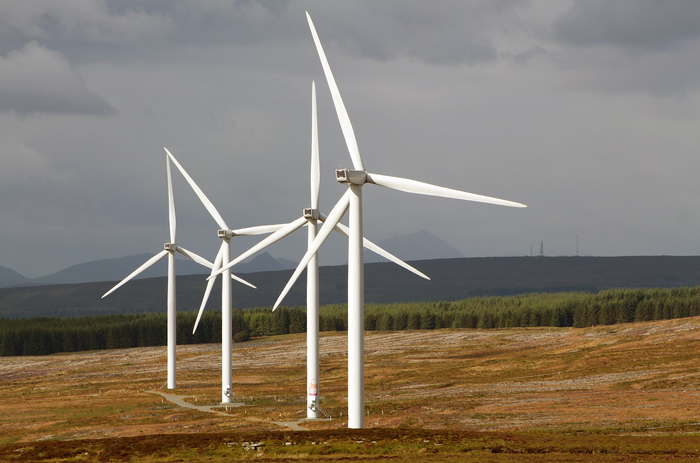 Reporting on the latest available figures Strathclyde University’s Fraser of Allander Institute finds that onshore wind supported the most employment across the economy, with 10,120 full time equivalent (FTE) roles, followed by offshore wind (6,735 roles) and hydropower (4,395).

The renewable energy sector is not currently defined in national statistics published by either the UK or Scottish Governments, so the size of the sector has been estimated using data published by the Office for National Statistics.

Using the latest available data from 2020, the report assesses the impact of the renewable energy sector and its spill-over impacts on Scotland’s supply chain and economy.

“The renewable energy sector in Scotland continues to go from strength to strength and this report from the Fraser of Allander Institute gives us an encouraging sign of how much the Scottish economy is benefiting from the work our members are doing as we transition to a fossil fuel free future.

“As an industry we want to demonstrate how we are adding to the UK and Scottish economy and we want to be able to track how well we are progressing with the transition to a cleaner, cheaper and more resilient energy system in the UK. We urgently need much more robust data collection to understand how the renewable energy industry is performing and evolving across the UK.

“Scottish Renewables urges the UK and Scottish Governments to develop stronger data on the renewable energy sector. This will support transparency and accountability for government and industry economic and environmental targets.”

James Black, Fellow at the Fraser of Allander Institute at the University of Strathclyde, said:

"This report demonstrates the significant contribution that renewables make to Scotland's economy.

"While the industry clearly plays a critical role in progress towards net-zero targets, it also provides many economic opportunities for Scotland. These opportunities include the potential for technological development, new export markets, and prosperity for rural parts of Scotland that may otherwise be economically left behind.

"However, opportunities do not provide prosperity in themselves. To ensure that Scotland makes the most of its renewable potential it is important that government and industry can adequately measure whether progress is being made."

The Economic Impact of Scotland's Renewable Energy Sector Update 2022’ is available on our website.

Please note that the updates to the methodology to better capture the employment associated with renewable activities mean that the modelled numbers in this report are not directly comparable to those in the previous version of this report.

The report focuses on a model of the Scottish economy based on data for 2018, and therefore the latest figures for 2020 can’t be compared like for like with those produced for 2019 and released last year.

The margin of error associated with the ONS data, the lag in the underlying national accounts data produced by The Scottish Government and necessary updates to the methodology have contributed to uncertainty in the results.

The economic impact can be broken down into three components: