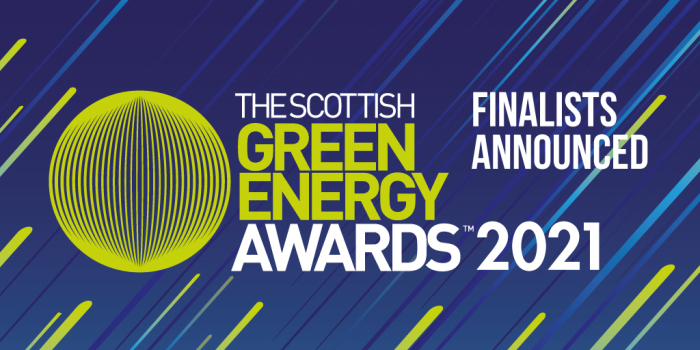 Gravity, indigenous crofters and in-turbine toilets are all key parts of projects which have been shortlisted for the 2021 Scottish Green Energy Awards, announced today (Oct 5).

A project which can capture and store renewable energy using gravity and 50 tonne weights, a hydro scheme developed and built by indigenous crofters which is providing clean energy and long-term employment to a fragile rural community and innovative in-turbine toilets which are improving safety, welfare and levelling gender balance in the offshore wind sector are all through to the finals of the annual awards.

This year’s Scottish Green Energy Awards will see 43 individuals, companies and projects compete to scoop prizes in 13 prestigious categories at the black-tie awards ceremony which returns in-person to Edinburgh on December 2.

The shortlist includes projects from across all major renewable energy technologies and represents the “innovation, dedication and passion” of industry, according to Claire Mack, Chief Executive of Scottish Renewables, which runs the awards.

“Once again I am truly astounded by the quality of nominations we have received for this year’s award ceremony.

“Our judges, as ever, struggled to pick even the shortlist, let alone the winners. The contenders represent the innovation, dedication and passions of an industry which is deploying new generation and maintaining the infrastructure which now provides the equivalent of 97.4% of the electricity we use in Scotland whilst bringing socio-economic benefits across the country.

“These awards showcase just some of the ground-breaking work we are doing here in Scotland to decarbonise our energy system and fight climate change – and it’s never been more important to shout about than in the year of COP26.

“I am looking forward to industry reuniting in-person in December to raise a glass to celebrate the truly incredible work being done as we work towards our net-zero ambition.”

Finalists include projects, people and organisations from Edinburgh, Moray, Dumfriesshire, Glasgow, Inverness and Orkney, among many other Scottish regions.

Full shortlist available here, and is detailed below:

Winner announced on the night

Winner announced on the night