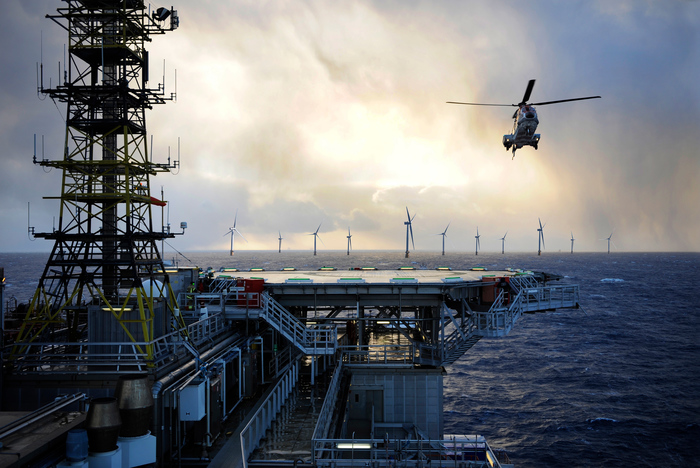 The Scottish Government has halted a plan to lease areas of seabed - which was already 14 months late - after a similar process in England and Wales resulted in higher-than-expected bids.

Cabinet is likely to discuss the issue tomorrow (March 17) and must resolve the delay to keep the process on track and ensure industry has the certainty it needs to sign off investment plans before the Scottish Parliament election period starts on March 25.

Failure to do so would risk setting in motion a “domino effect of damaging consequences”, according to analysts at Scottish Renewables.

Scotland already lags behind England in offshore wind, despite being the windiest country in Europe.

Speaking ahead of Wednesday’s (March 17) Cabinet meeting, at which the fate of the ScotWind Leasing process is likely to be decided, Scottish Renewables Chief Executive Claire Mack said:

“Ministers should be in no doubt about the impact of the decisions they will make. There is global interest in Scotland’s burgeoning green economy so let’s capture, not damage, that confidence in our country as a place to invest.

“Industry has endured delay after delay in the past decade, a situation which has left Scotland’s offshore wind sector trailing the rest of the UK. Further delay now would be disastrous and would risk setting off a domino effect of damaging consequences.

“Continued uncertainty would prevent them from playing their full role in supporting The Scottish Government’s ambitions for a green recovery and contributing towards our net-zero target.

“If offshore wind developers cannot build their projects then the economic and environmental benefits they deliver will not materialise. We’re well aware that supply chain businesses across Scotland are pinning their hopes on offshore wind as the oil and gas industry declines. Without the certainty that ScotWind Leasing was providing until recently it will be incredibly hard for them to make the investments required to do so.”

Scottish Renewables is urging The Scottish Government to ensure that the review of ScotWind, which was triggered when a recent leasing round in England and Wales resulted in higher than anticipated prices, is a short, focused process which concludes ahead of the pre-election purdah period on March 25.

ScotWind Leasing could enable up to 10GW of offshore projects to go forward, more than doubling the pipeline of offshore wind projects in Scottish waters. Launching the process in June 2020 Energy Minister Paul Wheelhouse said the projects it will enable would “help us drive forward Scotland’s green recovery and our transition to becoming a net-zero society by 2045.”

Announcements in recent days have underlined the scale of the opportunity which Scotland could tap if ScotWind Leasing proceeds on its planned timescale, with two new offshore wind ports announced on the Humber and Teesside, creating 6,000 jobs and attracting global investment in a new blade factory

“The Humber cluster in Northern England is an important success story of how the regional impact of offshore wind can be maximised when an enormous 9GW pipeline of projects is in place.

“If the ScotWind Leasing process proceeds in a timely manner Scotland will also benefit from new supply chain and operations infrastructure which can only be enabled by an effective pipeline of offshore wind projects. Delaying risks losing those benefits.

“I would urge Scottish Government Ministers to make a proportionate and balanced decision which will enable ScotWind to reach an outcome in 2021. A failure to decide now, or the creation of complex new processes which would require developers to send investment decisions back into lengthy approval processes, would be damaging to all parts of the offshore wind sector, as well as those supply chain companies which are looking to this industry to deliver a green recovery and help us all meet net-zero.”