A Scottish Budget for green jobs 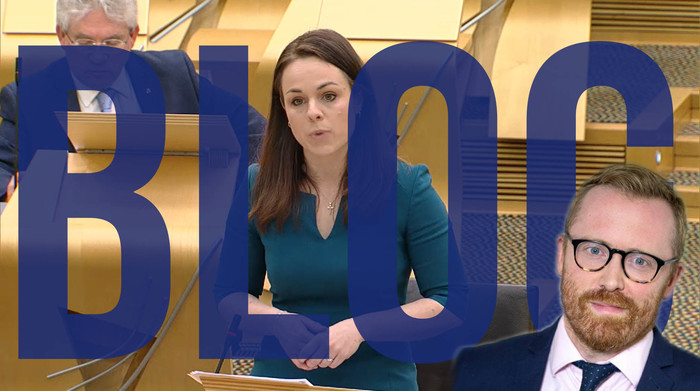 Scottish Renewables' Public Affairs Manager Ben Walker reflects on a Scottish Budget which delivered on skills for our industry, reflecting calls made by SR in recent months.

While not the first Kate Forbes has delivered, today’s Scottish Budget was her first as Cabinet Secretary for Finance, and her first since the COVID-19 pandemic reached Scotland.

With the impact of the pandemic hitting Scotland’s economic performance hard, it is unsurprising that the Budget focuses heavily on tackling the pandemic and ensuring that The Scottish Government builds a more sustainable economy through a green recovery.

Renewable energy is front and centre of delivering these ambitions, with the Cabinet Secretary for Finance announcing a range of budgetary measures aimed at accelerating the pace of our energy transition.

Declaring a national mission for sustainable jobs she outlined The Scottish Government’s plans to deliver a Green Jobs Workforce Academy to ensure Scotland’s workforce has the skills to the energy transition needs.

This move mirrors Scottish Renewables' recent call for a renewable energy skills centre of excellence to be established, and is a significant advocacy win not just for our industry - which will require a large number of skilled employees as we work towards our net-zero target - but also for all those people whose careers are not compatible with the net-zero target.

You can read what we said about that announcement in our media reaction.

Other key announcements for renewable skills - which also both echoed Scottish Renewables requests, and to which we responded in September - included:

The Budget also committed to delivering the announcements of the recent Programme for Government and Climate Change Update, with an allocation of £2 billion across the next five years, starting with £165 million in 2021‑22 for infrastructure projects. This will include:

Recognising 2021 as Scotland’s year of COP, Kate Forbes reaffirmed the Scottish Government’s commitment to grasp the opportunities of the COP26 conference, taking place Glasgow this November, and ensure Scotland continues as a world leader in renewable technologies. The Budget allocated over £8 million for outreach and engagement activities connected to the conference.

Alongside announcements of direct investment, the Cabinet Secretary also reaffirmed The Scottish Government’s plans to continue to leverage private investment in new technologies, including hydrogen and CCUS, highlighting this as a significant opportunity for Scotland’s oil and gas industries to play a role in our energy transition.

With the next big event in the Scottish political calendar being the Holyrood elections, it is clear from the last Budget from this Parliament that renewable energy is front and centre of Scotland’s political agenda.