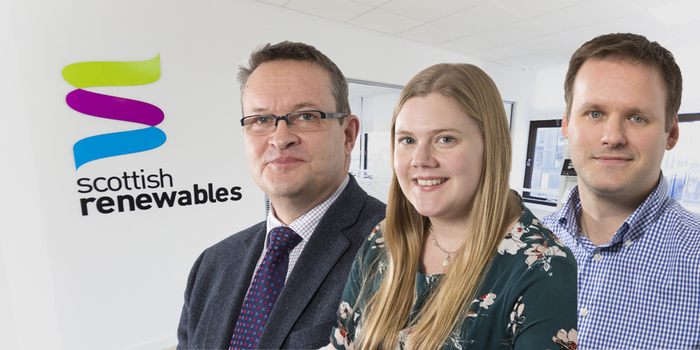 Two new Directors have joined the Board of industry body Scottish Renewables, with a third re-elected for a second term.

The trio will help guide the organisation as it works to grow Scotland’s renewable energy sector and sustain its position at the forefront of the global clean energy industry.

Twelve candidates from among Scottish Renewables’ 260 member companies contested the election, which concluded on Friday (January 29).

The newly-elected Directors, who now join Scottish Renewables’ Board for a three-year term, are:

“Our member companies have once again had a chance to shape the leadership of the industry and I look forward to working with the new Directors, as well as our existing Board members, as we guide the future of our organisation at this important time in the development of our industry.

“Andy, Nicola and Jeremy bring significant expertise and experience to the Board across a range of sectors and technologies, which will be invaluable as renewable energy will be at the heart of the Scottish economy as we head towards achieving our net-zero targets.”

View Next
Blog
A Scottish Budget for green jobs
View Previous
Video
The helicopter view: a race through renewables at the start of the Year of COP
Back to