How the end of gas spells opportunity for Scotland's tradespeople 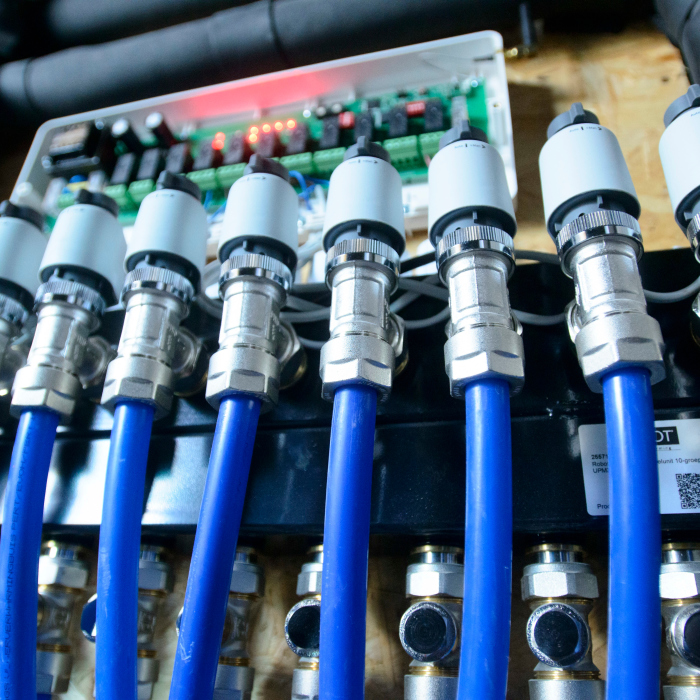 Scottish Renewables CEO Claire Mack looks to the future of low-carbon heat in Scotland, ahead of our Low-carbon Heat Conference on April 29 in Glasgow.

Scotland’s tradespeople are on the brink of an enormous opportunity – and grasping it would help meet our tough climate change targets.

This small country is already renowned for its success in using renewable technologies like wind turbines, solar panels and hydropower to cut carbon from electricity generation with great effect.

In fact, the equivalent of almost three-quarters of the electricity we consume in Scotland now comes from renewable resources.

The new opportunity, though, lies in another direction.

Keeping warm is an energy-intensive process, and progress on cutting that energy burden – thereby reducing carbon emissions – has been slow.

Scotland spends around £3 billion a year on gas for heating: gas which in future is increasingly likely to be imported from abroad.

The technologies we need to replace gas in our homes largely exist now and would allow us to use domestically-produced renewable electricity, or biomass from our forests – keeping that money here.

The manufacture, installation and maintenance of the technologies which can replace gas has the potential to kick-start a revolution for Scotland’s army of gas, electrical and heating engineers.

Heat pumps – which use small amounts of electricity to compress naturally-occurring heat in water, soil and air – will provide the heating solution for many homes.

They’re already been manufactured in Livingston and Glasgow – and there’s the opportunity for more of that work to come to Scotland if government and industry work together on the transition to renewable heat.

Today around 100,000 gas boilers are replaced every year in Scotland. The jobs which that carbon-intensive process maintains won’t disappear – they’ll just change.

Lessons from continental Europe, which is far ahead of us in decarbonising heat, show homes which switch away from gas will need advanced insulation, too. Here lies more opportunity: a chance for today’s heating engineers to become all-round energy advisors, working with homeowners to optimise their lives, installing smart equipment and controls and remotely monitoring their performance to make the most of the energy which is being used.

District heating networks, through which large numbers of buildings are connected by underground hot water pipes, fuelled by a small number of boilers, are also common abroad – and also have potential here.

A Scottish Renewables study in November (2019) highlighted an ambitious programme of new networks that could serve up to 8% of Scotland’s heat demand by 2030 and would require a multi-billion pound investment. Around 40% of that spend would be on civil engineering, creating opportunities for local construction supply chains across Scotland’s cities.

Fuelled by biomass (wood from local forests), heat pumps or even geothermal power, which taps hot rocks deep underground, they would deliver clean, green heat to the equivalent of 460,000 homes by 2030.

These are bold ambitions – but tackling the existential threat posed by climate change requires bold solutions.

This is a young industry, but it’s one which is already delivering tens of thousands of jobs and billions of pounds of investment across Scotland.

Our record in decarbonising electricity generation is the envy of the world. We can do this for heat, too – and in so doing create a country where the future’s bright for both our economy and our environment.