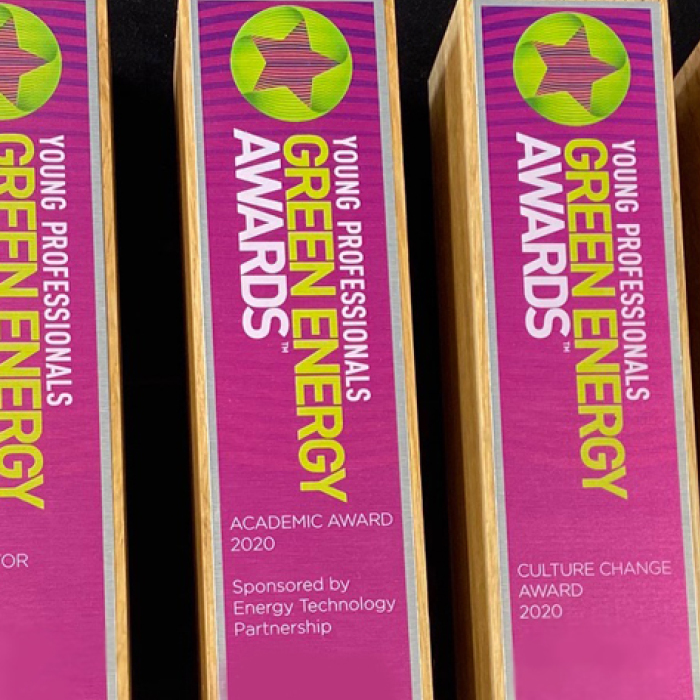 The awards, which would normally take place in front of around 250 guests at a black-tie event in Glasgow, were this year taken online due to the COVID-19 pandemic.

Winners include Elsa Ramírez from Leask Marine, who scooped the Engineer Award for her work in designing the world’s first submersible drilling rig of its kind and size - a £1.6 million project to support the offshore renewables sector.

She joins seven others who were presented with a Young Professionals Green Energy Award via video on Twitter for their bright and innovative contributions to Scotland’s renewable energy industry.

Declan Bryans was announced as the Innovator Award winner for his key work in a project between the University of Strathclyde and Mersen UK, pushing battery electrode materials “beyond their current known limits” and increasing performance efficiency from 56% to above 90%.

Recognition also went to James Ferguson from the European Marine Energy Centre and Industrial Doctoral Centre for Offshore Renewable Energy (IDCORE), who received the Academic Award for his research exploring the future economic power of green hydrogen in Orkney.

Local Energy Scotland’s Gemma Murray won the Project Development Award for her work leading and informing 35 community groups and charities across Scotland to make the most of renewable energy. Her work enabled the installation of 542kW of building integrated solar PV, enough to power more than 116 homes in Scotland for a year.

The winners were selected from a shortlist of 27.

Claire Mack, Chief Executive of Scottish Renewables, the industry body which organises the awards, said: “Once again, the standard of talent showcased by the Young Professionals Green Energy Awards is incredible.

“It is truly inspiring to see this level of skill and innovation in those who are just starting their careers in renewable energy.

“The drive and passion shown by our winners is hugely encouraging and it reassures me that the future of our industry is in good hands.

“Congratulations to all the winners, you should be extremely proud of your achievements.”