What future for energy in rural Scotland? 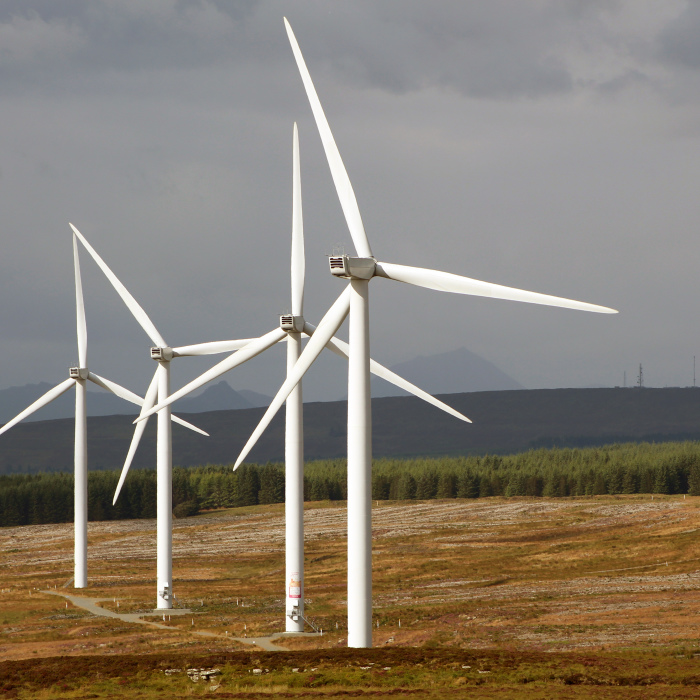 Jeremy Sainsbury OBE FRICS and Director at Natural Power lives in rural Dumfries and Galloway and wrote this blog ahead of the Scottish Renewables Transport Conference taking place on February 19 in Glasgow.

Rural post offices have long been a lightning rod for changes taking place across society.

Easier access to finance online, the rise of the direct debit and the increasing accessibility of car ownership rendered many branches redundant.

Rural businesses, as a rule, are often the first to feel the ripples from wider changes in society.

That will be true, too, of the changes underway in our energy system – and the implications could run far deeper than the loss of a local post office.

Tackling climate change means cutting the amount of carbon emitted by all parts of our economy.

The key to affordable and comfortable rural living will be the way in which National Grid, the Scottish Government, councils, communities and the renewable energy industry plan and deploy clean energy and its supporting infrastructure in the next 15 years.

Renewables now provide the equivalent of almost three-quarters of the electricity consumed in Scotland.

To meet the challenge of the next decade, large parts of the transport and heating sectors will also need to decarbonise.

Early adoption of integrated energy systems – as in Orkney, for example, where tidal and wave power, wind, solar, energy storage and more all work together – has already placed rural areas at the forefront of the new energy system.

It’s time to capitalise on the benefits of that and plan the infrastructure needed for a vibrant and expanding rural economy.

We have learned from the past that lack of access to gas, affordable fuels and good communications hold back the ability to start and grow businesses.

We all hear about the ways in which cities encourage electric vehicles, but few have stopped to think what this will mean for the rural economy.

The range of these advanced EVs will be more than 400 miles on a single charge.

New EVs will be cheaper than their fossil fuel equivalents.

What will this mean?

Tourists will not come to locations where they cannot charge their cars.

It is time for the renewable energy sector, in which I’ve been employed for three decades, to work with government and councils to identify the needs of future rural communities, then engage to explain the options.

One route for heating, for example, is increased deployment of heat pumps, which use a small amount of electricity to compress warmth in the environment, enabling it to be used to heat a building.

It is clear that a town with a traditional 11,000-volt power line will struggle to meet the new loads placed upon it by EVs and air- or ground-source heating systems.

If that line requires an upgrade, who pays?

One solution is to plan a series of renewable energy projects close to, but not on top of, rural towns and villages.

They can bring the upgraded lines with them and provide local EV charging points and much more.

When a local community can relate a spinning turbine or a sunny day with cheap heat and transport, the partnership between local generation and a vibrant rural economy will have arrived.

To plan this and then deliver new infrastructure in a very competitive market is a difficult task.

If we start now, we’ll provide Scotland’s future rural economy with an enormous advantage, both economically, socially and environmentally.

If we delay, our children’s children will look back at the lack of vision displayed by the decision-makers of today with disbelief.

View Next
Blog
Scottish Budget provides opportunity for something big
View Previous
Blog
What now for Business, Energy and Industrial Strategy?
Back to