A climate emergency Programme for Government? 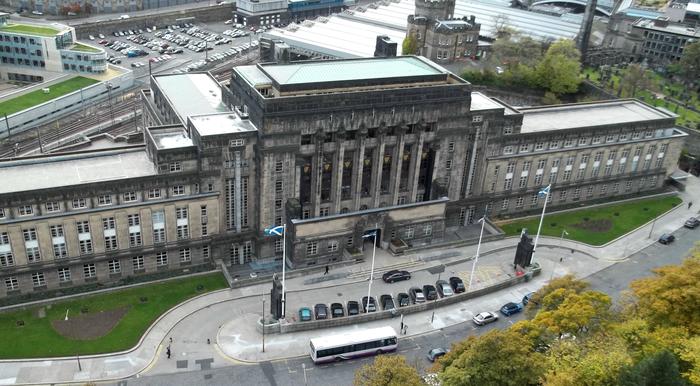 Senior Policy Manager Fabrice Leveque looks at what the new Programme for Government might mean for our industry.

The First Minister yesterday unveiled her Government’s programme for the coming year.

Having declared a climate emergency in the spring, this, we were promised, would be the first response.

So what does it mean for the renewables sector?

Never before has climate change been given such prominent and detailed exposition in such a major, cross-cutting Government announcement. Climate change is now front and centre of Government strategy and thinking, and this should be applauded.

"We are leading the world in setting challenging targets, but we must also redouble our efforts to meet them".

Like many, the Scottish Government has struggled to deliver the policies and funding to get emissions falling across the economy. So is this announcement any different?

Scotland is well on the way to meeting 100% of it needs from renewable electricity.

But how much will we need once transport and heat are decarbonised, and what does Scotland’s new net-zero emissions target mean?

We’re told that next year’s energy statement will feature an updated assessment in light of the new target. That could be significant for Scotland’s 2030 renewable targets. Clarity on what capacity could be needed by 2045 could also inform new planning frameworks (the NPF4 and a Sectoral Marine Plan for offshore wind) which will shape on and offshore wind’s contribution over the coming decades.

Offshore wind can also expect a Policy Statement this year to set out Government’s ambitions, including ‘how to secure maximum economic benefit’ for Scotland. With a new round of sites to be leased this autumn, it’s an ideal opportunity to set out how much capacity, and economic benefit, could be secured in Scotland.

Rightly, energy isn’t the only part of Government being tasked to respond to the climate emergency.

The primary mission of the Scottish National Investment Bank, due to be launched next year, will be to ‘secure the transition to net-zero’. There will be funding for patient capital to boost innovation, but we’d like to see increased access to low-cost capital for ‘higher risk’ sectors like marine energy and heat networks.

Green City Deals were a successful pitch to Government from the ‘Climate Emergency Response Group’, a cross-industry and NGO taskforce (of which Scottish Renewables is a member), whose 12 recommendations were heavily featured in the Programme for Government. However the devil will be in the detail: will this be funding for already bankable projects, or will it enable higher cost or ‘higher risk’ investments in renewable infrastructure?

Transport is the now largest emitter of carbon in Scotland and there were some eye-catching announcements there too.

Buses will receive £500 million for infrastructure to tackle the impacts of congestion; ‘an additional £17 million will be made available’ to support uptake of Ultra Low Emission Vehicles, and all internal flights are to be to be decarbonised by 2040.

All in all, it’s a comprehensive list of measures that arguably surpasses the last Climate Change Plan in terms of breadth and new initiatives.

There are plenty of interesting ideas but the final verdict will depend on the speed at which they are turned into reality.

But kudos to the First Minister and her Government for taking the initiative and weaving climate action throughout this Programme for Government.