A new path to district heating 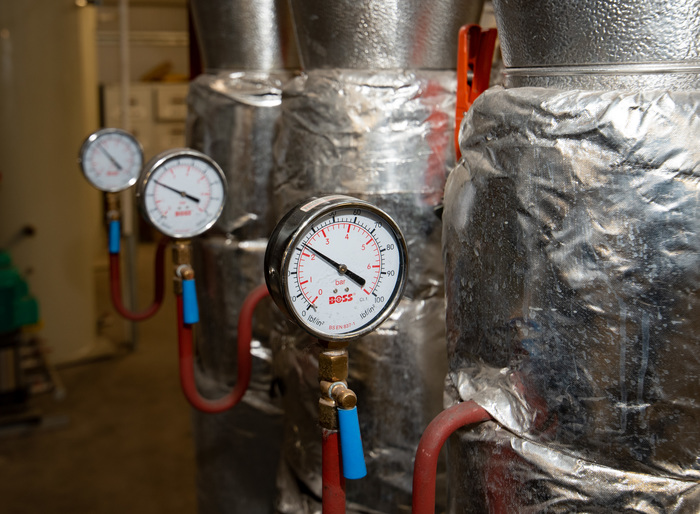 Senior Policy Manager Fabrice Leveque looks at the consultations which are shaping a new sector in Scotland.

The Scottish Government is consulting again on district heat networks.

This could be good news for the sector, but to understand why we must take a look back at the original Scottish Government proposals which began to take shape back in 2016.

Heat networks are an enabler of low-carbon heat.

They provide a shared infrastructure that can span an entire town or city, making available sources of heat which can often be off-limits to individual buildings.

For that reason, the Scottish Government has long helped promote their use through the Heat Network Partnership, district heat loan fund and the Low Carbon Infrastructure Transition Programme (LCITP).

These initiatives are bearing fruit, with new strategies for district heating in Dundee and Edinburgh and low-carbon heat networks under construction in Clydebank, Stirling and Glenrothes, among others.

That support is welcome - but won’t be enough to see Scotland hit its target of growing heat supplied by heat networks to 1.5TWh by 2020.

What’s needed is a longer-term package of policies to set the sector on a sustainable path to growth.

That’s because the full benefits of district heat networks will only be realised if we move from today’s patchwork of small-scale networks, serving a handful of buildings on a university campus or hospital, to a future of district and city-wide networks.

How to do that is a thorny question which the Scottish Government tasked an expert commission to investigate in 2016.

The work of that commission led to a consultation in 2017 on a welcome vision for an ambitious approach inspired by countries such as Denmark and the Netherlands.

This was a vision that would enable more heat networks to proceed, expand, interconnect and ultimately serve whole areas of towns and cities.

The first step in the Scottish Government plan was to take a strategic approach to identifying and planning district heat network opportunities.

It proposed that each local authority be tasked to plan the decarbonisation of its local area with a Local Heat and Energy Efficiency Strategy (LHEES).

As well as identifying where heat networks should go, the Scottish Government also looked at ways to get more of them built. Scotland has relatively few networks, but according to the Committee on Climate Change will need to increase this by a factor of eight by 2030 to hit our climate targets.

To achieve that goal, policies are needed to create more new ‘anchor’ heat networks that can in time expand and connect to each other.

These first networks will rely on a few large heat customers (for example large office buildings) to go ahead, but that can often be difficult when customers are faced with a new (and in their minds unproven) technology.

The Scottish Government, borrowing from the Danish approach, therefore proposed an obligation to connect some buildings (where it is economic to do so) to help this process along.

It wanted to help heat networks attract enough customers to be built: in essence to create a base from which they could then expand.

Connecting individual heat networks together will help make them more efficient and lower cost; bridging the gaps between those initial stepping stones.

But holding this back today is the fact that most are owned and operated by organisations whose main activity is something else (e.g. a university or a local authority).

Most have no interest in expanding their network, yet often hold the key to unlocking district heating potential in their local area.

The Scottish Government therefore proposed exclusive concessions which would see organisations tender for the right to develop and operate heat networks.

A concession would incentivise developers and operators to plan for the expansion and eventual interconnection of their heat networks.

These zoning, obligation to connect and exclusive concession proposals were to be accompanied by a new licensing system that would improve standards in the industry and protect consumers.

Fast forward to 2018 and a second consultation on this topic saw the obligations to connect and exclusive concessions removed.

Scottish Renewables was concerned that the new package, shorn of the benefits of regulation, would mostly make work in Scotland more difficult.

We were therefore pleased to see the latest consultation, published last month, look at again at these proposals, in recognition of the fact that more still needs to be done to attract investment into the sector.

Scottish Government remains concerned by some of the legal and practical risks of implementing such policies.

We and the wider industry will be working together to put forward constructive proposals that can help deliver on that original, ambitious vision, and look forward to collaborating with government to see it realised.