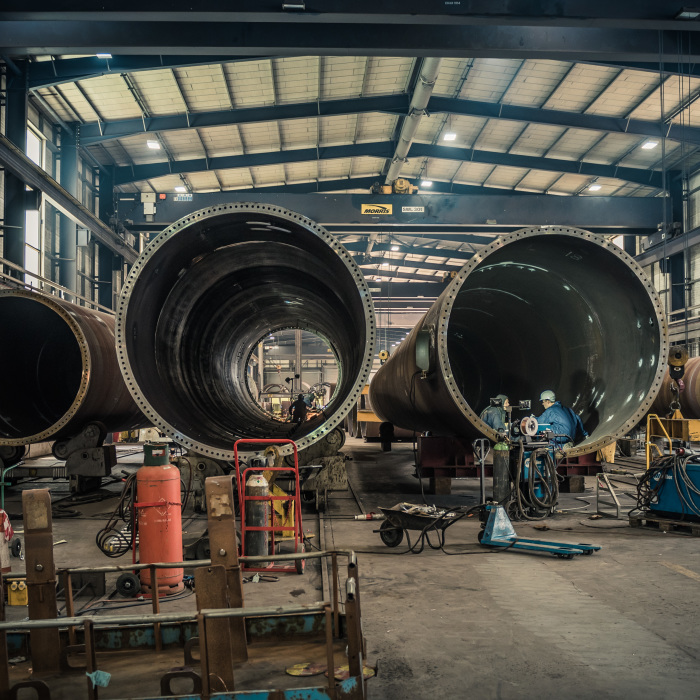 Scottish Renewables' Onshore Wind Conference and Exhibition was held on June 11 in Glasgow, as part of celebrations around Onshore Wind Week.

Here Director of Communications Nick Sharpe looks back at a day of renewed positivity for a sector which hasn't had its troubles to seek.

Optimism, then, at our Onshore Wind Conference this week.

"The mood, in my view, has very definitely changed this year",

His comments - focussed on the new urgency injected into the climate change debate by youth protests, the Committee on Climate Change and more - echoed those made by many others.

"Scotland will soon have the most stringent statutory [climate] targets in the world - so much so that our action on emissions will be complete within a generation."

"Continued deployment of onshore wind is imperative to meet that end."

Mr Wheelhouse's backing for onshore wind was left in no doubt - as was his anger at Westminster's exclusion of the cheapest form of new power generation from the energy market:

"The UK Government's lack of support for onshore wind is inexcusable.

"It is unfathomable to me why UK Ministers have failed to provide a price stabilisation mechanism for onshore wind, but there are clearly political reasons for that.

“What is most important is that [the UK Government] simply must not become the barrier to Scotland using her natural resources to tackle climate change."

"The public is making its voice heard now more than ever on the climate emergency.”

The way in which the imperative to act on climate change contrasts with political inaction in London further fuelled the day’s optimism, by putting ‘subsidy-free’ onshore wind firmly on the table for the utility.

"It's now easier to make the case for a revenue stabilisation mechanism at Westminster - but it isn't coming fast, if at all. That means we must focus on delivering [onshore wind] now, with urgency.

"For developers this means targeting the best technology at the windiest sites and working to bring cost down.

“We would like to deploy onshore wind at gigawatt scale over the next decade … that would be as a mix of merchant projects, corporate PPAs and repowering of existing sites.”

Also in the conference's first session, Lesley Black, Sales and Marketing Function Leader at Campbeltown-based CS Wind, told how investment in wind energy had overcome another challenge - that of economic deprivation.

The company, which recently invested in equipment and skills to double productivity in just 12 months, has focussed its onshore wind arm on projects developed without government support.

BVG Associates’ Neil Douglas, speaking in the second session, reflected the uncertainty produced by a lack of market access, saying:

"It's not controversial to say that only the fittest of the 6.7GW (of onshore wind projects in Scotland) will be built.

"Not all will get to market, regardless of what shape that market is."

Peter Hutchinson, Head of Supporting Good Development at Scottish Natural Heritage, reflected on whether "a more transformative way to develop" was needed:

"Is a 'better' regulation at SNH good enough? Or can we work more collaboratively to deliver the low-carbon economy which we are all seeking?"

While in the same session's discussion, Ripple Energy's Simon Peltenburg placed public acceptance of onshore wind squarely in the centre of the debate on the sector's future, saying:

"This is all about public engagement. That engagement will drive government to act, and the democratisation of energy which will result will drive a decrease in energy bills."

That focus on cost continued after lunch, where innovation and optimisation took centre stage.

"Improving annual energy output has the greatest single impact on costs, and increased tip heights and larger rotors are the most effective lever we have to increase that output.

"Just a handful of years ago we were using 112-117 metre rotors, but the acceleration of technology change is high, with the rotor range for onshore turbines now up to 150 metres."

The challenge of larger technology is one which has been embraced by one company in particular.

Collett & Sons has been moving the enormous pieces of equipment which make onshore wind work since the very start of the industry in the UK and has shifted more than 9,000 abnormal wind energy loads in two decades.

The insights of Managing Director David Collett into how that's done - from the early days of 20 metre Vestas blades to today's enormous 65 metre GE versions - were illustrated with some eye-opening images showing the scale of the challenge.

The day's last session, on planning and consenting, reflected the pressures of the Planning (Scotland) Bill's passage through Parliament.

"I'm disappointed that the (Planning (Scotland) Bill) is taking so long. Every delay means the policy gaps are growing wider.

"It is imperative that we try to bring [the bill] up to speed as quickly as possible in order to tackle the climate emergency that we are in."

That relationship between planning and climate change - on the table throughout the day - was perfectly summed up by planning consultant David Bell, who opened this blog 880 words ago.

He quoted Guardian Editor-in-Chief Katharine Viner, who's acting to change the language used on the topic:

"The phrase ‘climate change’ sounds rather passive and gentle when what scientists are talking about is a catastrophe for humanity.”

"The challenge for Scottish planning policy is to come up with ways which enable government to properly tackle that catastrophe."