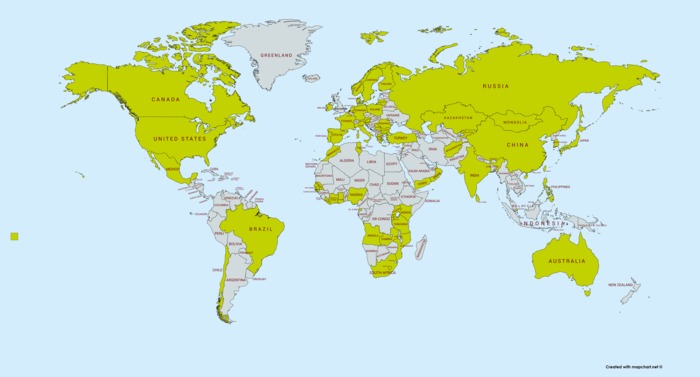 Scotland’s renewable energy expertise is being put to work in 72 countries, with Scottish businesses employing staff in 22 of those, a new study has revealed.

Industry body Scottish Renewables has found that businesses from across Scotland are working in countries as diverse as Burundi, Cabo Verde, Kazakhstan and Mozambique, and employing staff on six of the planet’s seven continents.

The new statistics also show Scotland’s renewable energy reach is growing: more than half (57%) of the companies which took part in a survey on Scotland’s green energy export impact say they’re currently moving into new markets, with almost a third (29%) considering doing so.

Scottish Renewables Chief Executive Claire Mack – who will address the All-Energy Conference in Glasgow on this topic today (Wednesday May 15) – told how the results show that Scotland's renewable energy industry "is having a positive effect far beyond our borders".

"Scotland’s stretching renewable energy targets and the calibre of our engineering skills, in particular, mean the world is watching, and the results of this latest survey show the impact of our industry is now truly being felt across the globe.

"Scottish green energy engineering skills are in demand from Canada to Taiwan while our environmental, planning and technical knowledge is being used in Nigeria, Norway and many other countries.

"Scotland’s renewable energy industry employs 17,700 people and had a turnover of £5.5 billion in 2017. There are some of the domestic impacts of our sector, but this study, and the real-life stories which sit behind it, show our impact is truly global and that the skills and products which are being developed in Scotland are having a positive effect far beyond our borders."

"Scotland has long been a byword for reliability and expertise in renewable energy advice and engineering matters – from the early days of hydro power development through to today’s world and its growing demand for innovative technical skills and knowledge.

"This survey underlines just how valuable Scottish energy businesses are perceived to be around the world, and the premium placed on their advice and support by countries from Bulgaria to Yemen.

"I want to see more Scottish companies grown in this way – to develop a globally competitive and successful supply chain, as well as getting increasing business activity from energy developments around Scotland."

Lanarkshire-based Green Cat Renewables, which opened an office in Alberta in 2017 to provide development support and consultancy services for renewable energy projects across western Canada.

Edinburgh companies ITPEnergised and SIMEC Atlantis Energy have designed a tidal energy system as part of Chinese plans to develop the technology.

The £480,000 contract, for energy corporation China Three Gorges, involved 16 staff from both Scottish organisations – six of whom travelled to China – and makes it "clear that demand for Scotland’s clean energy expertise is global and gathering pace”.

Consultancy ITPEnergised led the concept design and engineering phases of the project, and will continue to support their Chinese partners once the system is installed. Simec Atlantis provided a turbine system design based on their Seagen and earlier machines, which have been deployed in waters around the world

“ITPEnergised has an outstanding track-record in providing services to the renewables industry across the world, and it’s clear that demand for Scotland’s clean energy expertise is global and gathering pace.

“The project in China is a great example of our teams continuing to deliver excellent services at the forefront of emerging markets with clients who are involved in a wide variety of technologies and sectors.”