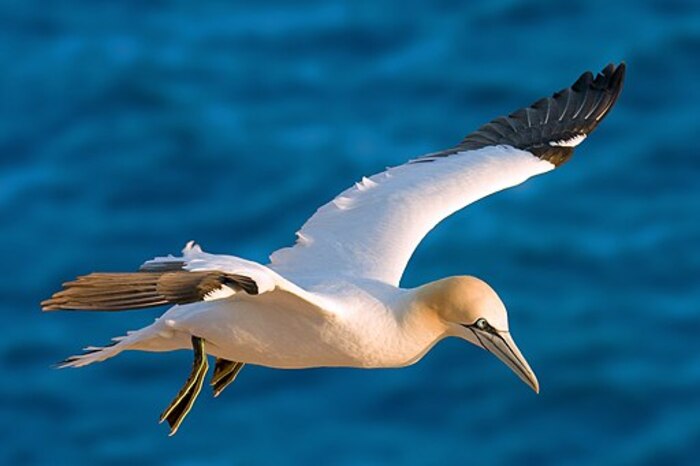 As responsible users of the sea, Scottish Renewables members have been in touch to express their concern at the ongoing avian flu outbreak.

They want to know if there was anything they can do to help, and RSPB Scotland, with whom marine renewables developers work closely, has provided some advice.

Director Anne McCall told how the current outbreak “is causing unprecedented devastation to seabirds across Scotland”.

In a letter to Scottish Renewables, she continues:

“Numbers of reported great skua mortalities are into the thousands, with key colonies such as those in the Northern Isles and at Handa and St Kilda recording mortalities as high as 85%. This is particularly significant as Scotland hosts around 60% of the world breeding population of this species. Northern gannet, of which Scotland hosts around half of the world population, is also heavily impacted with mortality well into the thousands.

“At the Bass Rock in the Firth of Forth, the largest gannet colony in the world, impacts are severe but not yet fully quantified, nest failure has been estimated at around 95%. Elsewhere numbers of common guillemot mortalities are also growing, and the disease has further been identified in puffin, black-legged kittiwake, arctic tern, and eider ducks. Seabirds and wildfowl are the worst affected species to date but over 50 wild bird species so far have tested positive for HPAI in Scotland.”

Scotland is internationally important for its seabirds, but numbers were already falling before avian flu took hold, down 49% between 1986 and 2019.

“The main reasons for these changes include climate change impacts on marine food-chains, competition with fisheries for prey fish, by-catch in fishing gear and invasive non-native species on islands. Seabirds are especially susceptible to anthropogenic pressures that kill adult birds, as they are long lived, take time to reach breeding maturity and have low reproductive rates. Breeding pairs will only produce small numbers of chicks per year.

“A population subject to an increase in adult mortality is often not able to replenish numbers fast enough to prevent long-term population declines. An event like HPAI greatly increases their vulnerability to existing and additional pressures, including those pertaining to marine renewables.”

The Scottish Government, through NatureScot, is setting up a dedicated taskforce to tackle avian flu, and is examining how an upcoming strategy can tackle seabird decline at source.

The agency has also closed some islands to visitors in a bid to protect the birds which live there.

“Here in Scotland, the Scottish Government’s new Scottish Biodiversity Strategy, which is currently out for consultation, is responding to this challenge, setting out ambitious plans to halt biodiversity loss by 2030 and reverse it by 2045.”

For marine renewables developers, like those involved in ScotWind projects, RSPB Scotland Director Anne tells how the organisation is promoting a Nature Positive approach, writing:

“Given climate change impacts across the living world, and the imperative to achieve both net zero and energy security, the RSPB recognises the urgency with which renewables must be deployed.

"To provide joint wins for climate and biodiversity, we urge a Nature Positive approach that embeds industry and government led action to restore resilient, thriving seas in our transition to renewable energy. We have participated in many useful discussions with developers so far and look forward to this continuing as ScotWind developments progress.”

You can read the whole RSPB Scotland letter in the Publications section of our website.