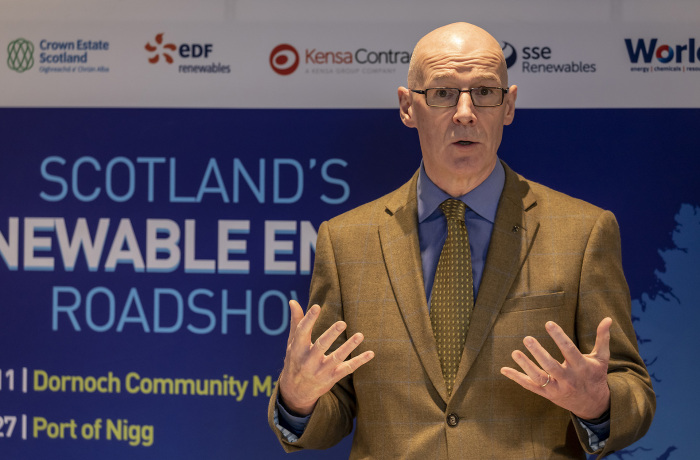 The reception, held at SSE Renewables' Pitlochry Dam Visitor Centre, brought together representatives of renewable energy companies operating in the region and those with an interest in the sector's success.

The event was part of the finale of industry body Scottish Renewables' Renewable Energy Roadshow, held as part of the body's Year of COP campaign to inform and educate people in Scotland's communities about the positive impacts of renewable energy on local communities, the economy and the fight against climate change. The Pitlochry date concluded a tour which also visited Dornoch, Port of Nigg, Lochgilphead and Dumfries.

On Saturday (Oct 16) a stand at Pitlochry Market had industry experts on hand to discuss renewable energy and its influence on our lives now and in the future. A range of publications outlining the renewable energy industry’s contribution to Mid-Scotland and Fife were also available.

"I was delighted to attend the Scottish Renewables roadshow, and to speak about the advantages of renewable energy.

“It was particularly fitting that the event took place at Pitlochry Dam, which is celebrating its 70th anniversary and is a testament to the positive impact that renewable energy can have on local communities.

“With COP26 fast approaching, it is clearer than ever that we all have a collective responsibility to tackle the climate emergency and secure our planet’s future. As a nation, Scotland is in a powerful position to take meaningful action, with 25% of Europe’s offshore wind and 25% of its tidal power potential.

“I am grateful to Scottish Renewables for hosting these roadshows, and for the key role they are playing in promoting the benefits of renewable energy.”

“We are delighted that John Swinney, as Deputy First Minister and local MSP, was able to join us at this important event, which gave organisations working in renewable energy in the Pitlochry region the chance to meet and discuss the sector's future ahead of the COP26 climate event in Glasgow next month (Nov).

"Perthshire has a long history of renewable energy production and it is more than fitting that the event was held at the Pitlochry Dam Visitor Centre - a venue which does so much to educate the public about our industry's contribution to Scotland's environment and economy."