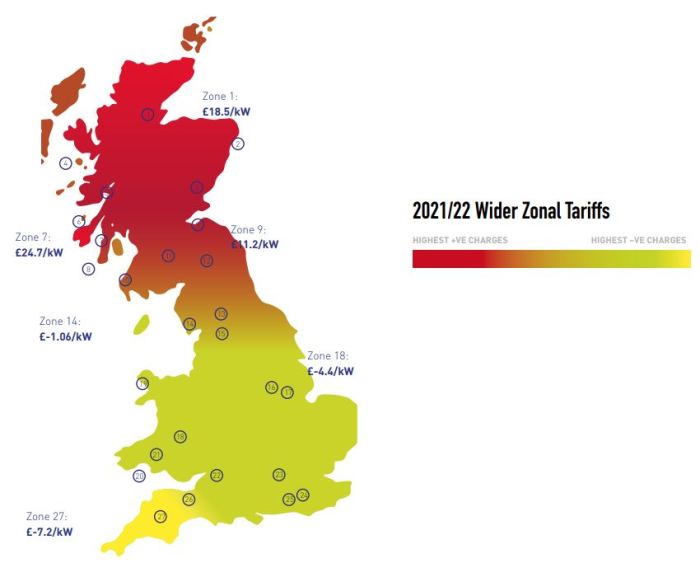 A Committee of MPs has been told northern Great Britain is being “penalised to the tune of tens of millions of pounds every year” by outdated rules which govern how the electricity network is paid for – with Scotland worst-hit.

Presenting a new report on the issue, which could deal a blow to ambitions to increase the amount of offshore wind in Scottish waters tenfold by 2030, she told how the system is:

A solution to the issue, Claire Mack told MPs on Westminster’s Scottish Affairs Committee earlier today (June 17), lies with the UK Government and with Ofgem, the energy regulator. They must act – as the UK Government committed to do in its energy white paper – without delay to reform “the commercial rules of the electricity system” or risk “excessive costs for consumers or a failure to reduce emissions in line with our net zero target.”

The Scottish Government has ambitions to increase the amount of offshore wind power generated north of the border almost tenfold by 2030.

“The rules which govern how the electricity network is paid for were designed 30 years ago and no longer do what they are supposed to do. They are bad for consumers and bad for the action we’re taking to tackle climate change.

“We are extremely concerned that the next auction round through which our members bid for contracts to sell the clean power they produce, which will take place later this year, will return few, if any, of the large offshore wind projects which Scotland needs if the UK is to meet its climate targets.

“The Transmission Network Use of System charges which are levied on them now mean they are almost 20% more expensive than equivalent projects in the south of England. If the UK is to have any hope of meeting net-zero carbon emissions by 2050 we must take advantage of every tool we have.

“Scotland has 25% of Europe's offshore wind resource and to effectively lock it out of the UK energy market because of an inability to see past regulations which were drawn up in the early 1990s, when the energy system was totally different, is enormously destructive.

“In addition, penalising the whole of the northern UK, which has some of the best renewable energy resource in Europe, runs entirely contrary to the government’s levelling-up commitments, through which it has vowed to tackle precisely this type of economic imbalance.”

The Transmission Network Use of System charge is not levied on European renewable energy projects, meaning it is cheaper to build wind farms there and sell the power to the UK through a growing number of interconnector cables than build home-grown clean power plants.