Why that wind turbine isn't turning 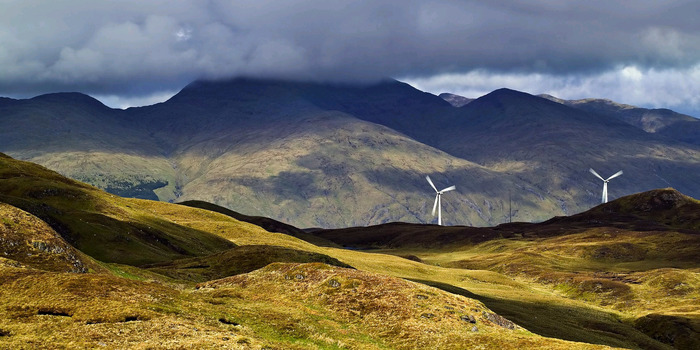 Electricity systems are complex pieces of engineering which touch the lives of everyone in the country.

In order to keep the cost of the system as low as possible for consumers, the system operator, National Grid, must make choices. Here, with their help, we try to explain:

Neither is supply from variable sources like wind power, hydro or solar, or indeed from traditional power stations, which can suffer sudden breakdowns or require maintenance.

We need to replace these plants for two reasons: to ensure we have enough electricity in future and to reduce the carbon emissions which are causing climate change.

Our electricity transmission system was built more than half a century ago and is in the process of being upgraded to cope with new ways of generating and using power.

The challenges the grid creates mean generators like wind turbines sometimes need to turn off.

But who gets paid if that happens?

And is it the whole story?

A constraint arises when the infrastructure required to transmit electricity – the power lines, transformers and other technology – limit the flow of power, in the same way a pinched hose causes a reduction in water pressure.

This is similar, National Grid explains, to:

"...occasionally using traffic lights to manage the flow of cars joining a motorway during a busy period. It wouldn’t be economic or sensible to build another parallel motorway so that there was never a traffic jam.”

When a constraint happens, National Grid must take action to ‘balance’ the network:

"In Great Britain, market generators pay to have firm access to the transmission system 24 hours a day, seven days a week, so they can choose when and how much to generate. When a generator cannot fully use the access paid for, they receive compensation in the form of a constraint payment."

Despite the headlines, the total cost of all the services which National Grid uses to manage supply and demand is just £1 of the average annual household electricity bill of £554.

The amount which generators are paid through this arrangement is also limited by the Transmission Constraint Licence Condition, which prohibits generators from obtaining an excessive benefit.

Constraint payments are one part of the way in which National Grid manages the limitations of the electricity system and keeps costs down for consumers.

But why else might the wind turbines you see standing still not be turning?

Essentially for one of two reasons:

Let’s look at both instances separately:

They’re being maintained, or need maintenance

Modern wind turbines have very high ‘availability’, meaning that on average they will be ready to generate power more than 98% of the time.

Wind turbines may require maintenance (corrective or preventative), and unlike with fossil-fuelled electricity generation equipment, which is hidden inside buildings, it’s very obvious when a wind turbine isn't turning.

Wind turbines produce power between a minimum and maximum wind speed. Typically they are able to generate electricity in winds of about 7mph, so would not be built in sheltered areas where winds rarely reach those levels (the Beaufort Scale, which quantifies wind speed, says at this speed “wind is felt on the face; leaves rustle”).

At the other end of the scale, like any machine, wind turbines need to be protected from conditions which could damage them.

Modern turbines are robust machines and are capable of generating electricity in winds of up to around 55mph. After that, their braking systems kick in to prevent damage, and will either restrict their rotation, or stop it entirely. The Beaufort Scale describes winds of 55mph as “seldom experienced inland; trees uprooted; considerable structural damage”.

If a wind turbine isn’t turning because it’s too windy, or not windy enough, the owner of the wind turbine does not get paid.

Overall, wind turbines are one of the key technologies we have to reduce the carbon emissions from electricity generation which are causing climate change – at the lowest cost to the consumer.

Onshore and offshore wind invested £3.3 billion in Scotland in 2017, the last year for which figures are available. Those figures, and the fact that wind power employs 9,200 people, show Scotland, as the windiest country in Europe, has an enormous opportunity on its hands. Our industry exists to tap it.

Find out more about how our electricity system works with these links: