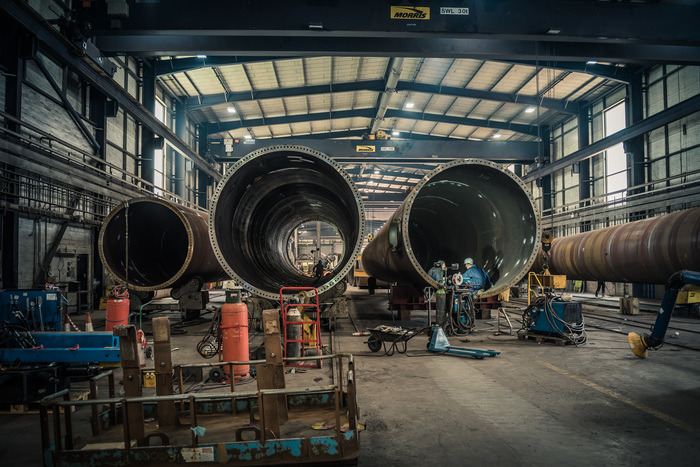 Almost 50 wind farms which could power the equivalent of 850,000 homes risk losing vital planning permission unless a political ban on their access to the energy market is lifted, new research has shown.

The new study comes as the UK’s only wind turbine tower manufacturer, CS Wind, says market conditions mean it may need to cut three-quarters of its Argyll workforce.

The wind farms identified in the Scottish Renewables study would increase Scotland’s renewable energy capacity by almost 15% - but most have not been built because of a UK Government block on onshore wind power.

Other issues affecting development include the speed at which alterations to projects – vital to improve their economics – are held up in Scotland’s planning system, as well as increased fees for planning services, business rates and aviation issues.

Planning permission for the 47 projects, which stretch from Shetland to Dumfriesshire, was obtained during the period of the UK Government’s onshore wind moratorium – and will begin to expire from next spring (2020).

Claire Mack, Chief Executive of Scottish Renewables, which has carried out the research, said:

“It is heart-breaking to see jobs being lost at CS Wind in Argyll as the projects which could have provided the company with work are unable to proceed in large part because of the UK Government’s politically-motivated intransigence.

“Developers are desperate to build these projects, which alone would increase Scotland’s renewable energy capacity by almost 15% and deliver vital jobs for companies like CS Wind.

“Onshore wind’s popularity is at an all-time high, with 79% of people supporting the use of the technology. Scottish Renewables polling earlier this year (2019) showed that almost seven in ten Scots living in rural areas support the use of onshore wind energy, so the case is clear-cut: the UK Government’s opposition to onshore wind as wrongheaded today as it was when it curtailed this cheap, popular technology’s access to the energy market in 2015.

“It is imperative that that ban is lifted as a matter of urgency and that issues which have been identified with Scotland’s planning system are addressed so these projects can deliver economic and social benefits for Scotland, as well as helping meet our stretching climate targets.”

The 47 onshore wind projects identified in the new research would add almost 1.6GW of renewable energy capacity in Scotland, enough to power the equivalent of 850,000 homes.